Ford’s Mustang-derived all-electric crossover has been confirmed for a late 2020 debut, boasting a driving range of 370 miles (600 km), to go with its sporty driving character.

Dubbed ‘Mach 1’ or according to this trademark application, ‘Mach-E’ (for now), its unveiling will reportedly take place later this year, putting Tesla’s Model X on notice in terms of its EV range, even though the Ford will probably be smaller in size and therefore less roomy. 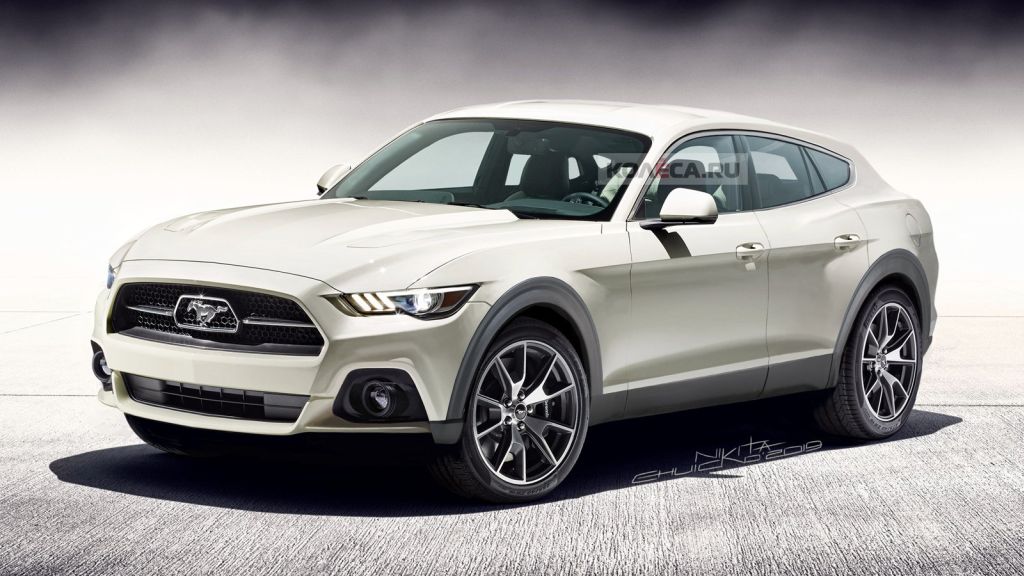 The Michigan-based automaker has also hinted that the Mach 1 will feature a charging process that is an “effortless experience at home and on the road,” while adding that it is “redesigning the ownership experience to ensure it addresses customer pain points that currently hold back broad adoption [of electric cars].”

That’s all well and good, but what about looks?

Since cars are also fashion accessories and lifestyle statements of sorts, Ford needs to ensure that its electrified crossover is visually appealing, which is where the Mustang characteristics come into play. Now, if for example the car ends up looking very much like a jacked-up Mustang, then this render from Kolesa might help put that into perspective.

It’s a very dynamic design, as you can see, with beefy fenders, Mustang-derived front and rear fascias and a Fastback silhouette, which makes perfect sense in this SUV Coupe era that we’re in.

Ultimately, we’re curious to hear what you have to say. Would you rather Ford show more originality when it comes to this upcoming crossover, or is a design similar to this rendering sufficiently appealing to you? We could honestly go either way.