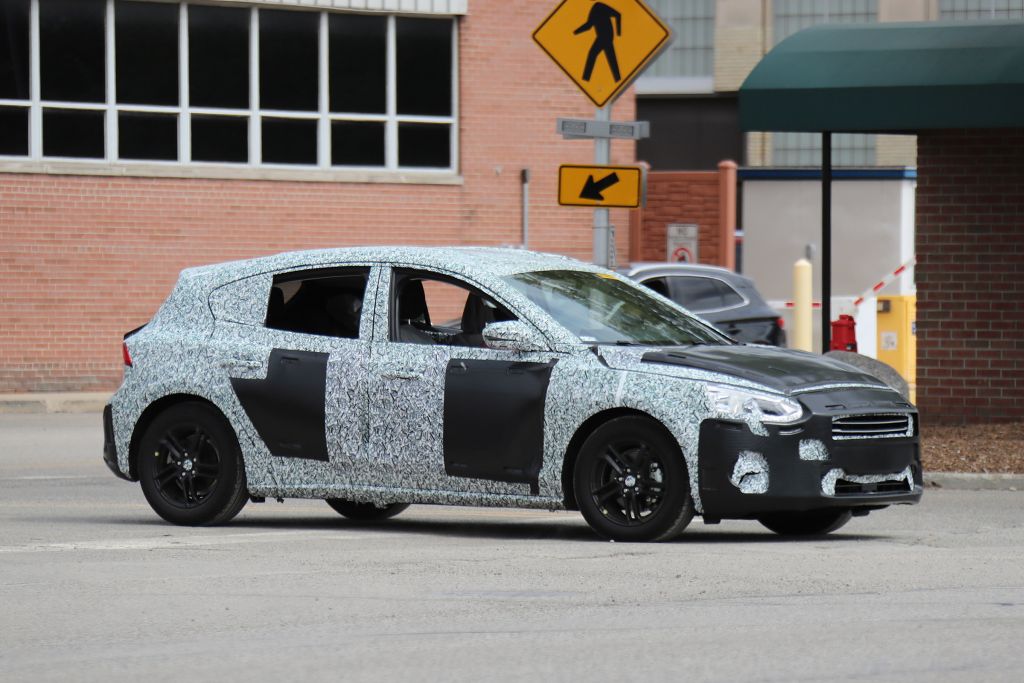 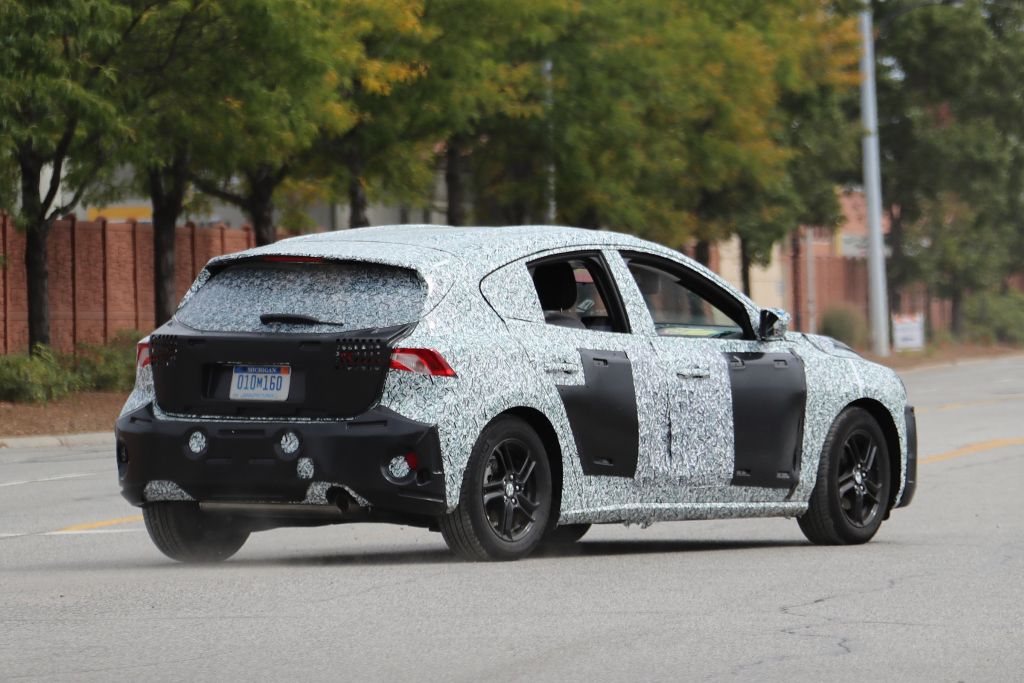 Next-generation Focus to take on Fiesta styling cues inside and out, according to the latest spy shots

The next-generation Ford Focus has been spied testing again ahead of its full reveal this year, though these latest spy shots taken in the United States show that Ford is slowly peeling back the mask on its next Vauxhall Astra rival.

We’ve already published plenty of spy shots of the 2018 Focus, including a look at its new Fiesta inspired cabin.These latest images are our best look yet at the car’s production headlights and taillights. Around the back we can see in plain daylight the new taillights coming the way of the next Focus, with a new horizontal look mimicking the ones fitted to the new Fiesta.

This Focus mule still wears a heavy disguise, but it’s our best look yet at the new car’s overall proportions and shape, with less masking applied to the car’s sides and rear haunch than before. The new car will usher in an evolutionary design rather than introducing a whole new design language, similar in vein to the new Fiesta.

A simpler interior with a less cluttered centre console is planned, alongside a prominent centrally mounted touchscreen infotainment system sprouting from the dashboard. 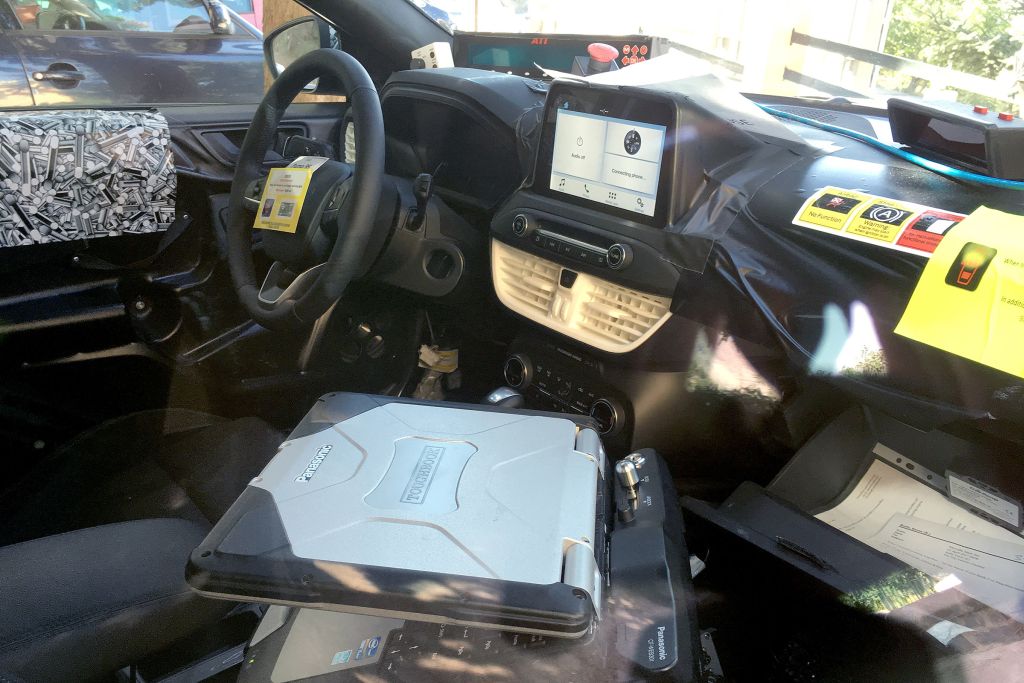 The current third generation of the Focus has faced ever-tougher competition during its lifetime – not just from the likes of its age-old rival, the Astra, which has shed weight to rediscover a handling sweetness it has lacked for years but also from the boom of ‘lifestyle’ vehicles, like baby SUVs and larger crossovers.

The Mk3 Focus moved away from the ultra-crisp handling of its predecessors because it was, at least in part, a global model designed and engineered as part of the ‘One Ford’ program, catering to all needs. The new model – previewed in our exclusive images – will be sold globally, too, but Ford appears to be prioritising European tastes in its development.

In a key move that shows the importance being placed on the new generation, Darren Palmer has been put in charge of the project. The Briton is rated highly within Ford for his work on the recently revealed Mk7 Fiesta and the cheaper, Indian-built Ka+ that sits just below it in the range. 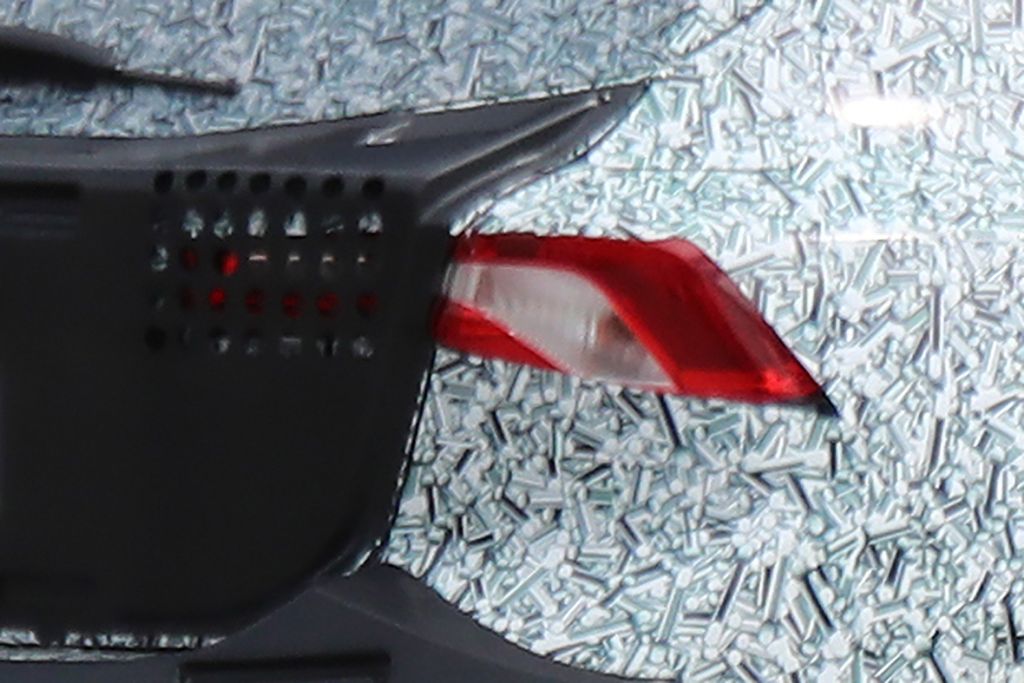 Under the skin, the Focus is likely to retain the existing version’s Global C-car platform. However, Palmer’s team will have been given a brief to make sure the set-up retains suspension comfort, while rediscovering more of the handling agility that made the Mk1 and Mk2 cars so popular.

Ford is likely to increase its wheelbase very slightly in a bid to improve interior packaging, especially for rear-seat occupants. As such, Palmer and his engineers will turn to elements like the power-steering set-up, the front suspension geometry and tricks like stiffer rear suspension bushes in a bid to increase handling verve. At the same time, expect greater use of high-tensile steel in the car’s construction, to help it lose a few kilos.

Significantly, the Focus range will be split into the same ‘differentiators’ as the new Fiesta line-up. Cheaper editions could be dropped altogether – a reflection of the fact that the Fiesta range now extends to higher price points than before. The remaining models will include the sport-focused ST-Line and the more luxurious Vignale, which also brings perks on the customer service side. 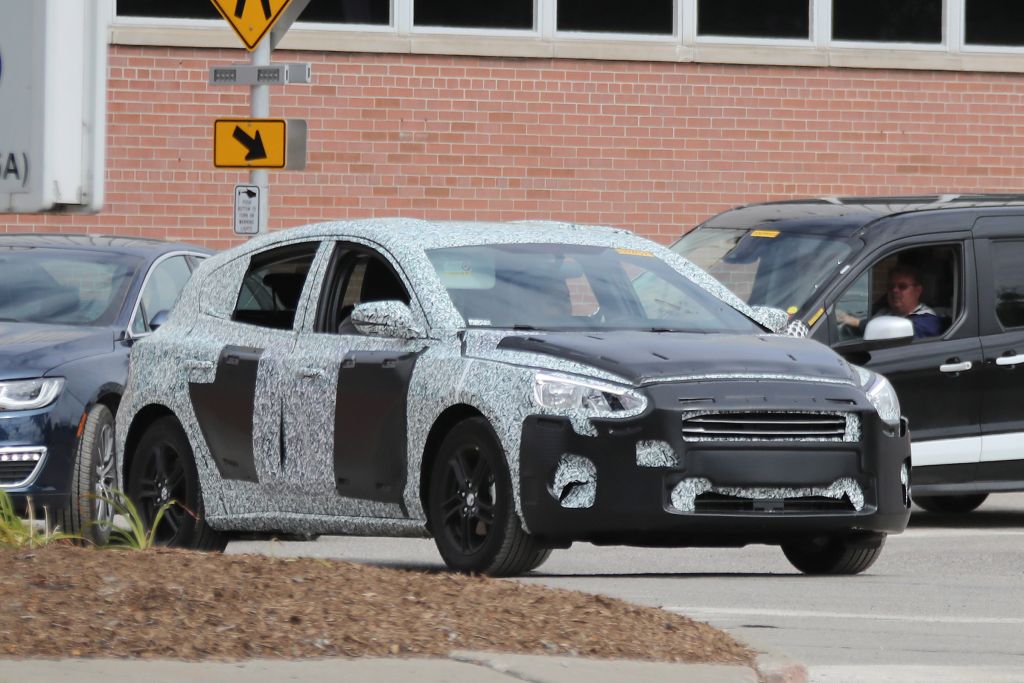 There will also be an Active version of the car, giving Ford a competitor for the VW Golf Alltrack, and supplementing the EcoSport baby SUV and Kuga family SUV in the brand’s line-up. The Focus Active will feature slightly raised ride height and additional body cladding, in the same fashion as the Fiesta.

Ford Europe boss Jim Farley told Auto Express: “The Fiesta is going to be step one, but I think we’ll continue to look at these [Active editions].” Unlike the Fiesta variant, the Focus Active could be offered with four-wheel drive – although it will be front-wheel drive by default.

Inside, expect the same rationalisation of the dashboard layout as we’ve seen in the new Fiesta, with fewer buttons and many features controlled through an eight-inch touchscreen. This display could well be offered as the minimum on all versions of the car, with some higher-end editions getting an even bigger set-up. 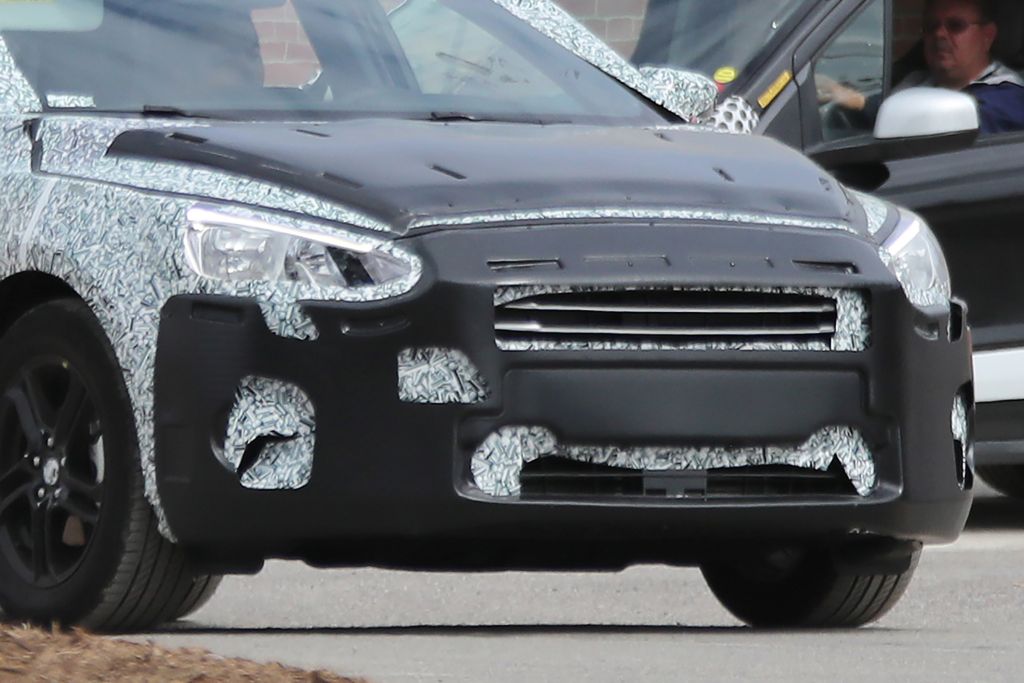 The engine line-up will be based on Ford’s 1.0-litre turbocharged three-cylinder petrol engine – the EcoBoost. Expect at least three different power outputs to be offered, starting at 99bhp and moving up to 123bhp and 138bhp.

Depending on how successful engineers are with the Focus’s diet, it’s possible Ford could also offer an entry-level edition with the highest-output version of its new three-cylinder non-turbo engine, producing 84bhp. The most popular diesel options will be a 1.5-litre with 84bhp or 118bhp, although Ford is still likely to offer the car with a high-output 2.0-litre TDCi.

The new Focus is also all but certain to be one of the 13 electrified cars that Ford CEO and president Mark Fields has promised before the end of the decade. The Global C-car platform was engineered with hybrid and pure-electric uses in mind, and progress in battery technology could well mean Ford offers both of those solutions, instead of the current car’s single EV edition.

This would give the Focus range appeal against the latest VW e-Golf and the ever-expanding line-up of hybrid family cars, such as the Hyundai Ioniq and Kia Niro.