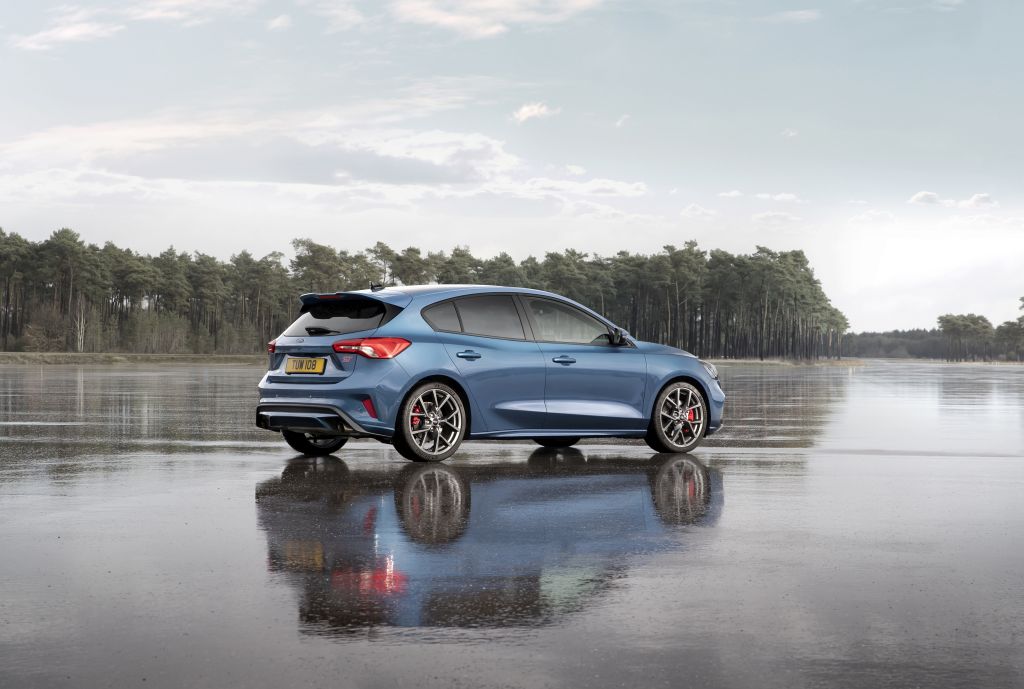 Ford has quietly released prices and specs for the new Focus ST ahead of its launch this summer, with the base model starting from £29,495 = €34,4552

Ford has announced pricing information and a full specification for the new Focus ST ahead of its official launch this summer. Prices start from £29,495 for the entry-level diesel-powered hatchback, climbing to £33,095 = €38,6606 for the range-topping petrol-powered estate. 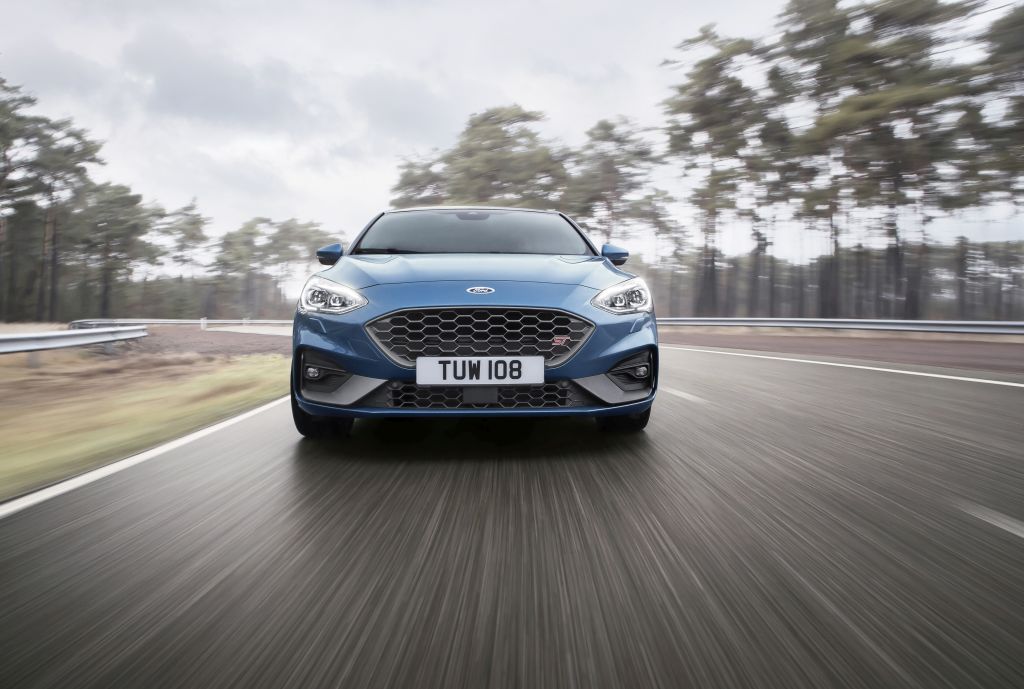 Power for the Mk4 Focus ST has increased by around 12 percent over the previous iteration, while torque is up by around 17 percent. Those gains should allow the Focus ST to compete with the 316bhp Honda Civic Type R and the next generation VW Golf GTI, which is expected to have up to 300bhp.

Ford will continue to offer the Focus ST with either petrol or diesel power. The petrol option, priced from £31,995 = €37,3756, will be a turbocharged 2.3-litre four-cylinder EcoBoost unit, producing 276bhp and 420Nm of torque. It feeds its power to the front wheels via a six-speed manual transmission, allowing a 0–62mph time of 5.7 seconds and a top speed of 155mph. 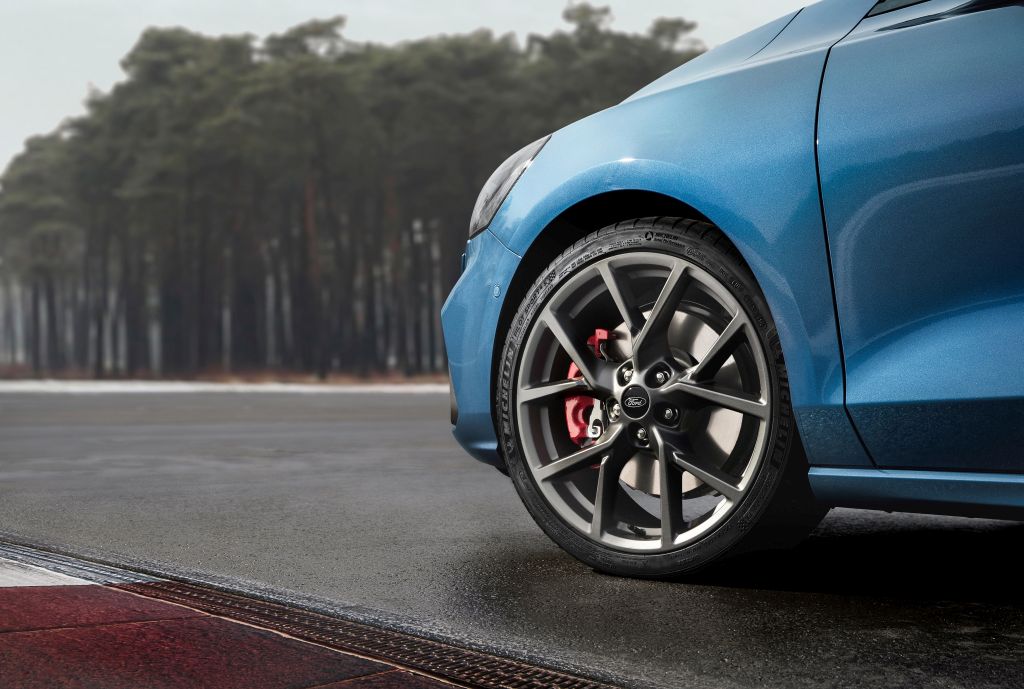 The engine will also come with an anti-lag technology, as found on World Rally Championship racers. This feature, gleaned from the development of the Ford GT Supercar and the F-150 Raptor pick-up, keeps the throttle open even when the driver lifts their foot off the accelerator, maintaining pressure to the turbo and improving response.

Ford will also furnish the latest Focus ST with a turbocharged 2.0-litre EcoBlue diesel engine, producing 187bhp and 400Nm of torque. It’s the most powerful diesel engine ever offered in a Focus, with 10 percent more power and double the torque of petrol-powered the Mk1 Focus ST170. 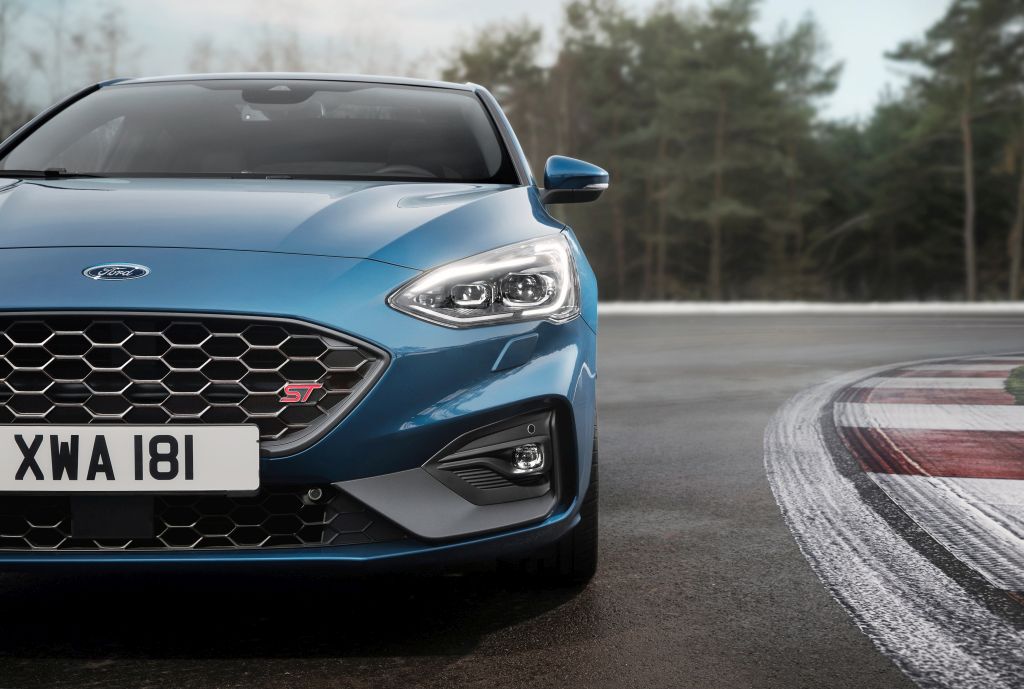 Like the petrol, the Focus ST’s EcoBlue diesel engine feeds its power to the front wheels via a six-speed manual transmission. 0–62mph is dispatched in a claimed 7.6 seconds, while the top speed stands at 137mph. More impressively, Ford claims the diesel ST offers 360Nm of torque from just 1,500rpm, which should assist with overtaking manoeuvres.

Unlike previous versions, Ford’s latest Focus ST gets an electronic limited-slip differential. Developed by Borg Warner, and available only on the petrol car, the e-diff uses hydraulic clutches integrated into the transmission to limit the torque being delivered to the wheel with less grip. This means it can redistribute up to 100 per cent of the torque to the wheel that has traction, helping to boost acceleration out of corners. 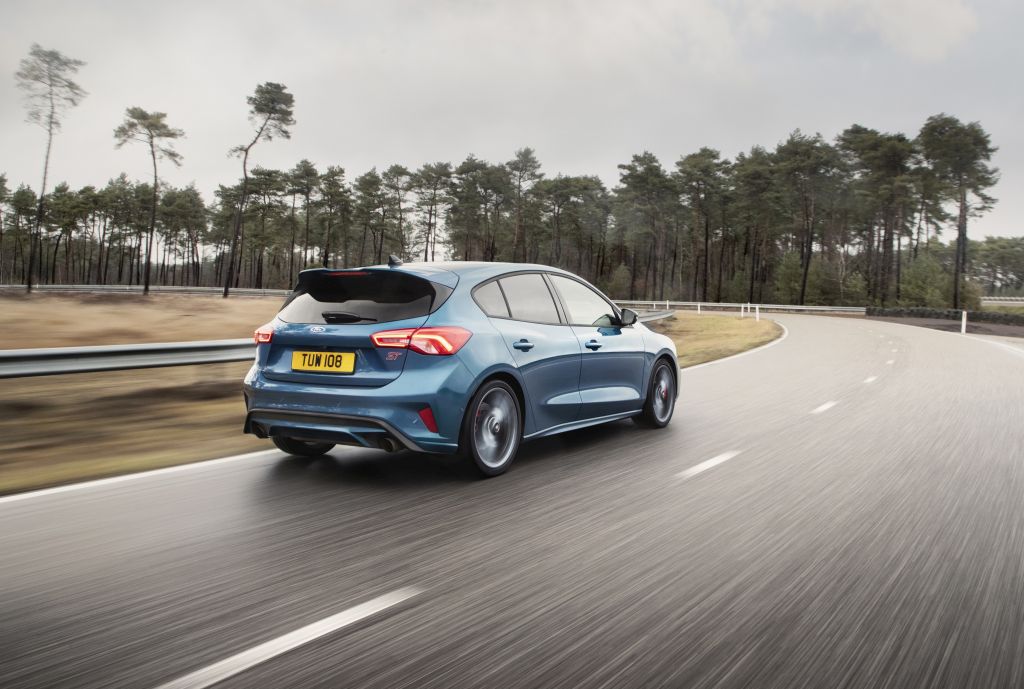 The ST’s ride height is 10mm lower than a regular Focus’s, while damper stiffness is up by a fifth at the front and 13 per cent at the rear. The car has bespoke Michelin Sport Pilot 4S tyres and the power steering gets a boost, too, going beyond the quick response of the current Fiesta ST; you need just two turns of the wheel, lock to lock.

From launch, the Focus ST will only be offered with a six-speed manual transmission with an eight-speed automatic following a few months after its release. Pricing information for the automatic is yet to be announced, but we expect a premium of £1,450 will be added across the range.

As part of an optional Performance Pack, which also brings Continuously Controlled Damping, you’ll get a gear shift indicator light and rev-matching technology to help maintain momentum during downshifts. The latter can be deactivated if you want to heel-and-toe conventionally. 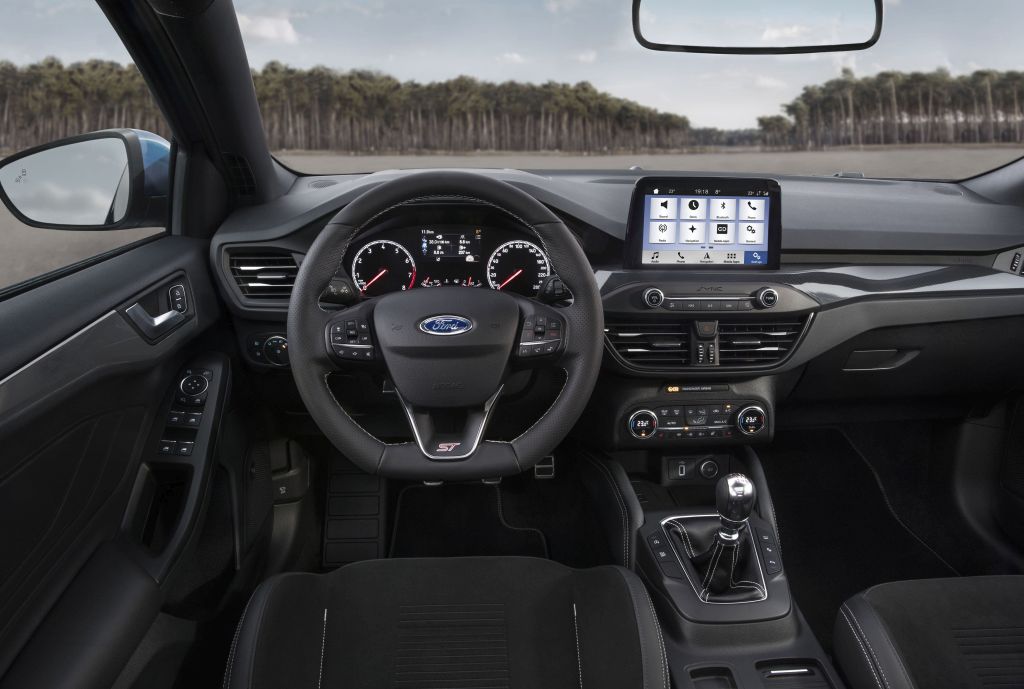 The ST gets a selection of styling upgrades, although the car is still similar in appearance to the ST-Line trim level. There’s a revised front grille, a larger and more steeply-angled rear spoiler, unique alloy wheels and the option of two exclusive colours: Ford Performance Blue and, in a nod to the five-cylinder Mk2 Focus ST, Orange Fury.

The ST is due to arrive in dealers towards the end of the summer, with the petrol, diesel, five-door and Estate models all available from launch. Early versions will all be in the top ST-3 trim level, Auto Express understands, and pitched at the higher-end customers who made up around 70 per cent of Mk3 ST sales anyway.