Ford of Europe is preparing to replace the Mondeo, S-Max and Galaxy with a single crossover-style estate model, and our spy photographers have caught what appears to be a camouflaged prototype.

The new vehicle, the name of which is not yet confrmed, will mark Ford’s exit from both the classic large hatchback market and the MPV sector. Although there’s no news on a definitive launch date, the car is expected to arrive in early 2021.

The test mule shown in the new images is wrapped in the bodywork of the current Focus Estate and features a number of obvious characteristics that point to a radical repositioning for the Mondeo. 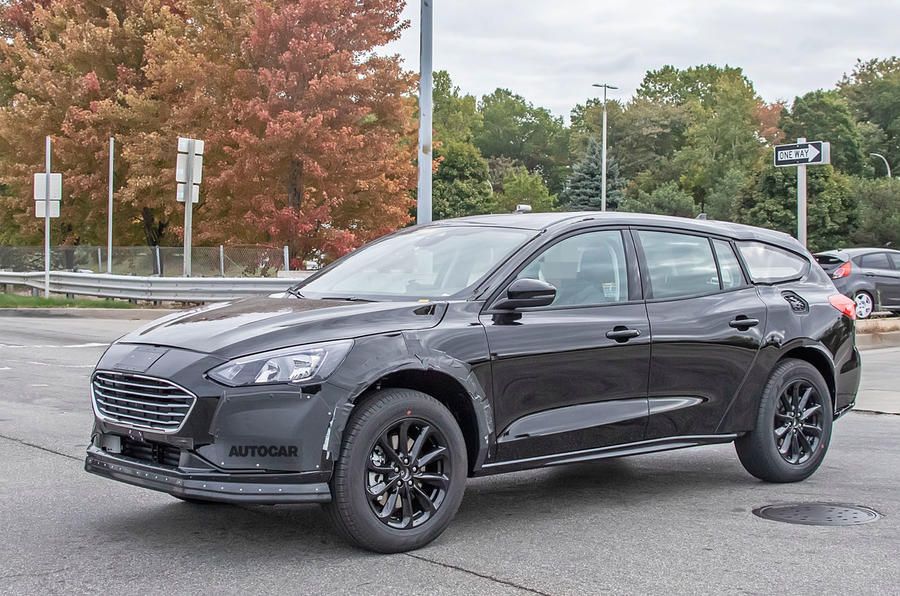 The suspension, for example, has been raised considerably for a more SUV-like stance, while the protruding wheels hint at a widened track for enhanced interior space. We can also see that the donor car has been extended behind the B-pillar to fit the new model’s platform.

Unlike some of Ford’s bespoke European models, the model will be sold in North America and beyond. In the US, it’s being compared by insiders to the Subaru Outback, a high-riding estate car.

Although a niche model in Europe, the Outback has been a significant success in the US since it was launched two decades ago, with recent sales exceeding 200,000 units annually. 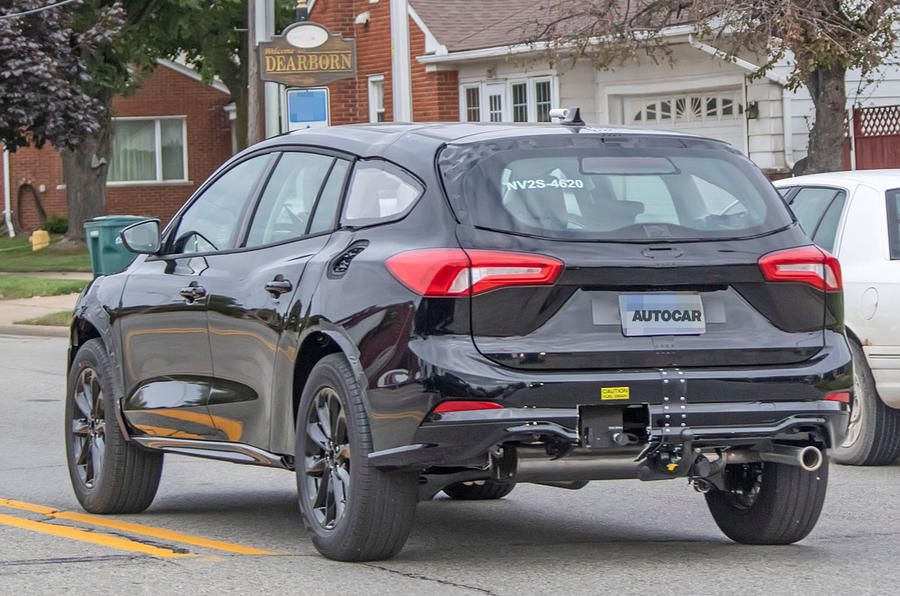 Last July, Jim Farley, Ford’s president of new business, technology and strategy, hinted at the move away from conventional cars towards what he called ‘utility’ bodystyles. He said the thinking behind the move into medium-rise crossovers is that customers will get “utility benefits without the penalty of poorer fuel economy”.

The new car will be built on Ford’s super-flexible C2 platform, which underpins the Focus and, in time, should be able to stretch from accommodating the next Fiesta to the future seven-seat Edge SUV. The front section of the architecture will also be used by the future Transit and Tourneo van family.

The model will be offered with petrol and diesel engines plus a 48-volt mild hybrid petrol option. The base engine is expected to be Ford’s 1.5-litre three-cylinder turbo. 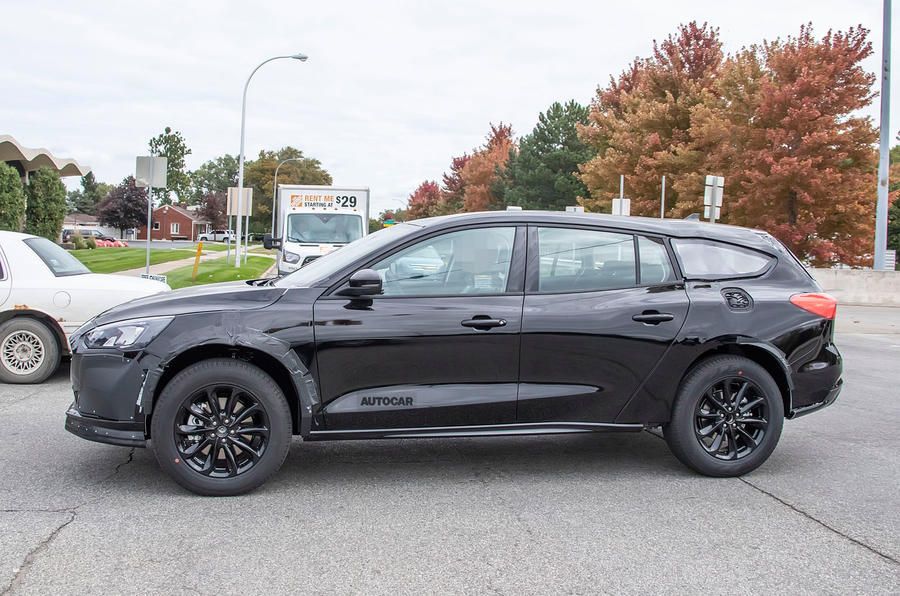 Insiders says that new Euro 6d-compliant diesel engines are, in pollution terms, as clean as petrol engines in real-world use. It’s understood that these new oil-burners are still more economical than even mild hybrid petrol engines, as well as less expensive.

Ford’s move to medium-height crossovers in Europe is also partly a recognition that meeting future European Union (EU) fuel economy regulations would have been very difficult with a line-up of conventional SUVs.

For a similar reason, it’s not yet known whether the car will be offered with fuel-sapping four-wheel drive in Europe. Instead, some kind of electronic traction control system for navigating loose surfaces is possible.

Ford will be hoping that the model will appeal to today’s mainstream market of ‘adventurous families’ who will be attracted by running costs lower than those of an SUV, allied to what’s said to be a particularly capacious load bay and a comfortable raised driving position. 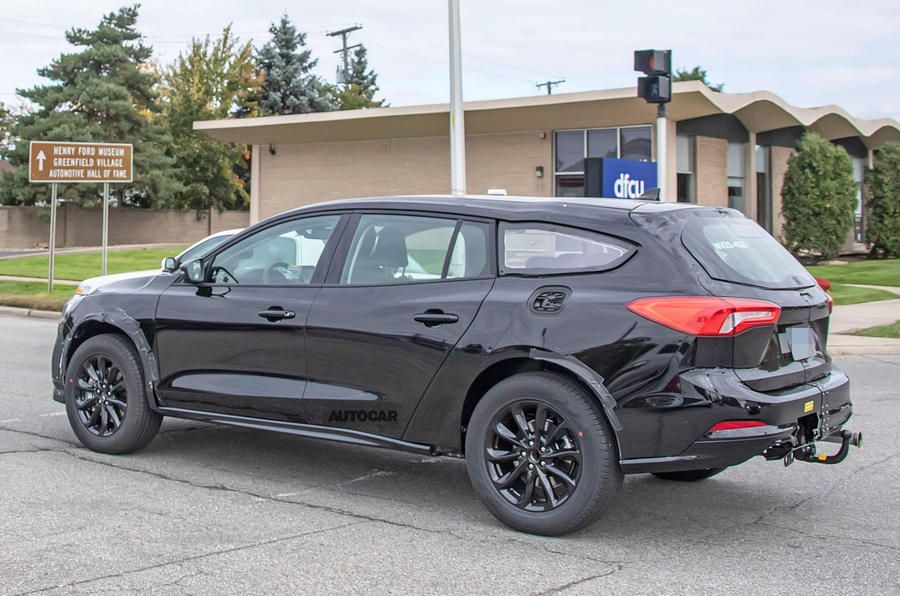 Although the car will replace three very different vehicles, it’s likely to outsell the Mondeo, S-Max and Galaxy combined. Last year, Ford of Europe sold around 50,000 Mondeos, 24,000 S-Max models and 12,000 Galaxys – figures too low to be profitable enough.

By the time the new model is launched, Ford will have discontinued four MPV model lines. The MPV market has been hit hard in recent years, and as a result Ford recently ended production of the B-Max, C-Max and Grand C-Max. The Galaxy and S-Max will likely follow next year.

The B-Max has in effect been replaced by the Puma compact SUV, and Ford will look to steer C-Max customers into the new Kuga SUV. Mondeo and S-Max buyers will be targeted by the Fusion and Galaxy users moved towards the smaller Transit Edge seven-seater.