Duo of podiums for Motorbase on Rockingham return.

Motorbase Performance celebrated its first outright win of the Dunlop MSA British Touring Car Championship season this weekend with a commanding lights to flag victory for Mat Jackson during the opening race at Rockingham Speedway (September 5-6). The Kent-based team enjoyed its best weekend to date since returning to the BTCC grid with Mat Jackson claiming a maiden qualifying pole position, a new qualifying lap record, podium, and three further points finishes in addition to the race 1 win on the oval circuit.

As a result of the squad’s successes, Motorbase Performance leaves the Northamptonshire circuit as the top points scoring team in the Independent Teams’ trophy with Mat Jackson claiming top honours in the Independent Drivers’ trophy from the weekend’s three races. 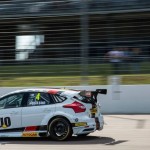 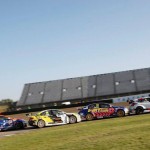 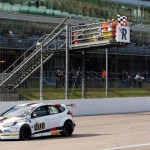 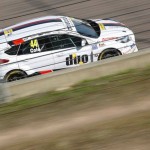 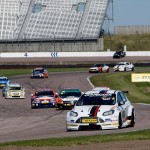 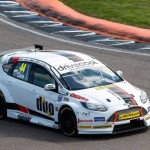 Having secured pole for Sunday’s opening race in the #4 Ford Focus ST, Jackson delivered a class act from start to finish, controlling the race throughout to take the team’s first outright race win of the season with an impressive 1.8 second lead over championship leader Shedden. Meanwhile James Cole battled back well from his mid-pack start, crossing the line in P12 – later promoted to P11 – to claim his second points finish of the season in #44 Focus.

A second row start for Jackson in race 2 promised to be a battle with the #44 Focus carrying the maximum 75kg of ballast. However after another trademark start off the line Jackson charged past Morgan, taking the Mercedes as the pair headed into the chicane to snatch second place where he would remain relatively untroubled for the remainder of the race. Unfortunately for Cole, an incident with Aiden Moffat whilst running well dropped the #44 Focus down to 28th. James battled back through the order with a strong recovery as the laps unfolded and the 27 year-old had to settle with a P17 finish – just outside the points. 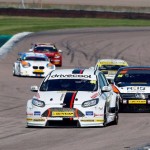 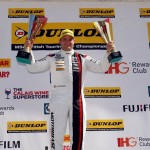 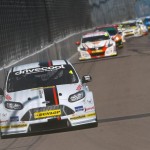 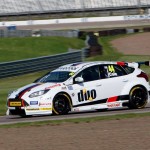 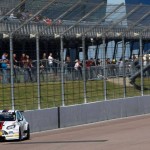 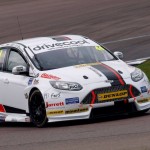 The reverse grid for the final race of the weekend slotted Mat Jackson back down into ninth, with the soft tyre and 66kg of ballast to contend with. Another strong start saw Jackson move up into fifth during the opening laps and the Motorbase-man looked set to claim another top five result before a safety car deployment put paid to his good work.

With the pack bunched up once more and tyre degradation playing its part as the race restarted, the #44 Focus struggled with grip during the later stage of the race and Mat dropped back down the field to end the race in P14, closely followed by team-mate James Cole who earned his second points finish of the weekend with a hard-fought fifteenth place finish. 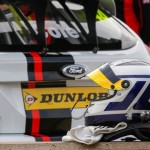 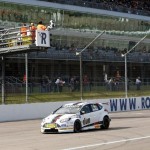 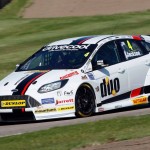 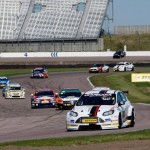 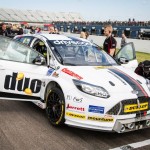 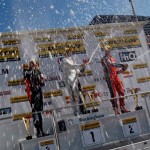 Motorbase Performance Team Principal David Bartrum: “I wasn’t sure what Rockingham would offer; it was a bit of an unknown for us as we’ve not tested here with the new mountune engine and the new tyre and weights etc. before, so to get the pole in qualifying was even more special really.

“We found an awful lot out about the car this weekend and to come away from this circuit with an outright win, two independent wins, a second and with new four trophies for the cabinet is fantastic. Mat did a great job yet again this weekend and James took another step forward and showed some good pace. I’m sure the results will come, he just needs more time in the car.

“I have to say a good job well done by the Motorbase crew this weekend and also thanks to the usual crowd of Motorbase supporters who stood proud with us and have stayed with us along the way. It felt great to be able to reward them all with a win this weekend.”

#4 Mat Jackson:
“Saturday’s qualifying went really well which put us in a great place for race 1 and it all went to plan. We led from lights to flag and managed to be in a position where we could control the gap to the Honda behind and it was a mega result for the team. There was definitely a little bit of luck involved when we picked up a puncture on the last lap but thankfully we managed to get through the race without the tyre letting go.

“Race two was the first time we’ve run with full ballast. I wanted to get P2 and managed to stay there for the whole of the race which showed us that we’ve managed to get the car into the window where we need it to be with the ballast on-board. We started off well in race 3 but then the soft tyre just dropped off a cliff so we have a bit of work to do to understand why, but a great weekend for the whole team and Silverstone should be very interesting!” #44 James Cole:
“A great weekend for the team but I’m really disappointed with how my results ended up. We should have been on for at least two top ten finishes but unfortunately that’s three races in a row now where I’ve been hit by someone and it’s made a significant difference to how our race has ended up.

“There’s no question that the car has the pace but the issues for me at the moment are that when we’re in the pack we don’t really get the chance to use this pace and we get caught up in trouble. The main thing I’ve learnt from this weekend more than ever is how important qualifying is; it’s crucial in this championship to get out front and get a clean lap so that’s something we have to work on. I’m learning every race though and in a way I’m happy that two points finishes isn’t good enough!”

The Dunlop MSA British Touring Car Championship now has a three week break before reconvening at the home of British Motorsport, Silverstone for rounds 25, 26 and 27 on September 26-27.