It certainly went through a rough spell, that’s for sure. The early days of the pandemic robbed of us of many things, chiefly the freedom to move around at will. Or sneeze without fear. Or not know what ‘furlough’ meant. But the decades-old tuning firm was very nearly a victim too, calling in the administrators in 2020 after Covid-geddon made doing business Quite Hard.

Happily the company is now under, er, old ownership, having been taken independent by a group of investors led by original 1980s founder David Mountain, who immediately declared: “We want to get back to what we do best… making power!” 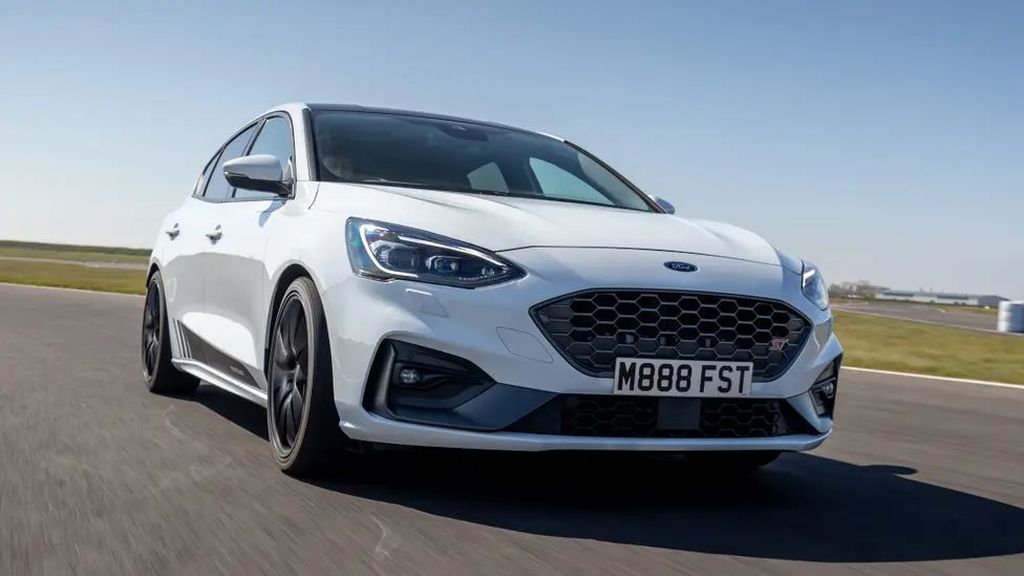 Excellent news. Has he stayed true to his word? 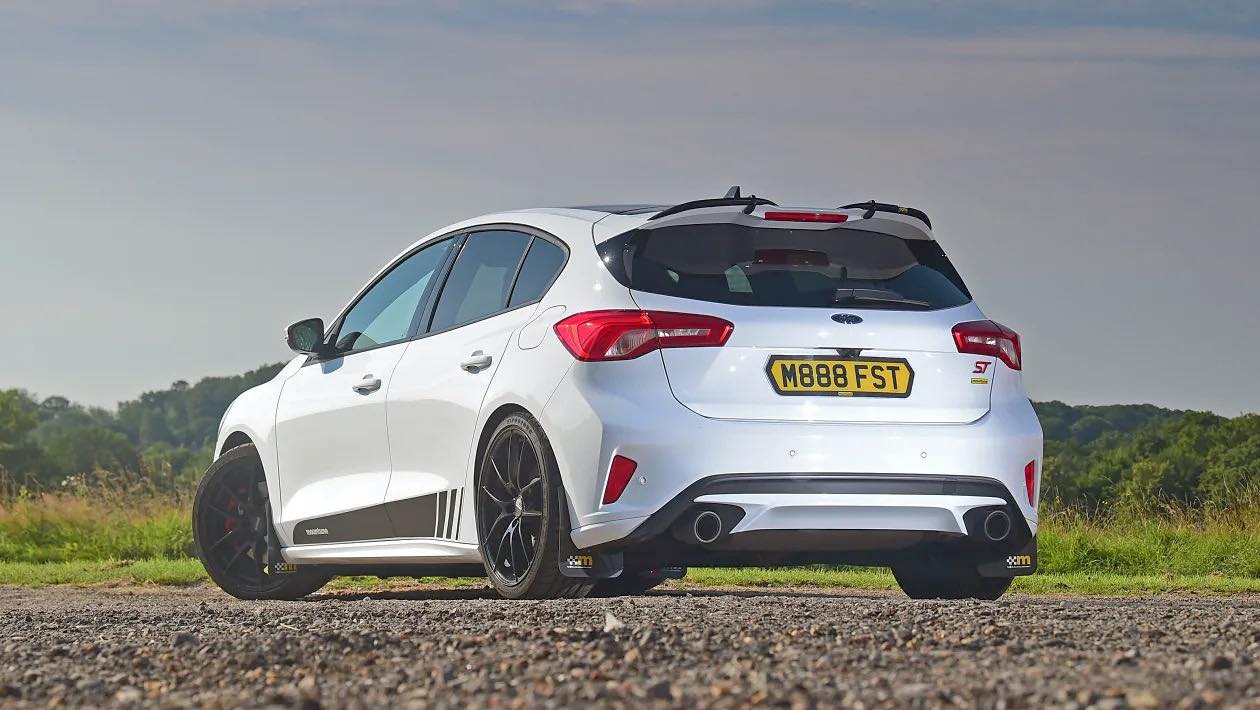 You bet. The effect of putting that much force through the front wheels is profound, turning the obedient, house-trained ST into a far less domesticated animal.

Even at slow speeds, the steering tugs about in a bid to escape your hands. Squeeze the throttle and you’ll bully postcodes rearwards. Lift off and the exhaust crackles with aggression. No social compliance here, the m365 has no shame and wants the world to know it. 24/7, 365 days a year. Including bank holidays. 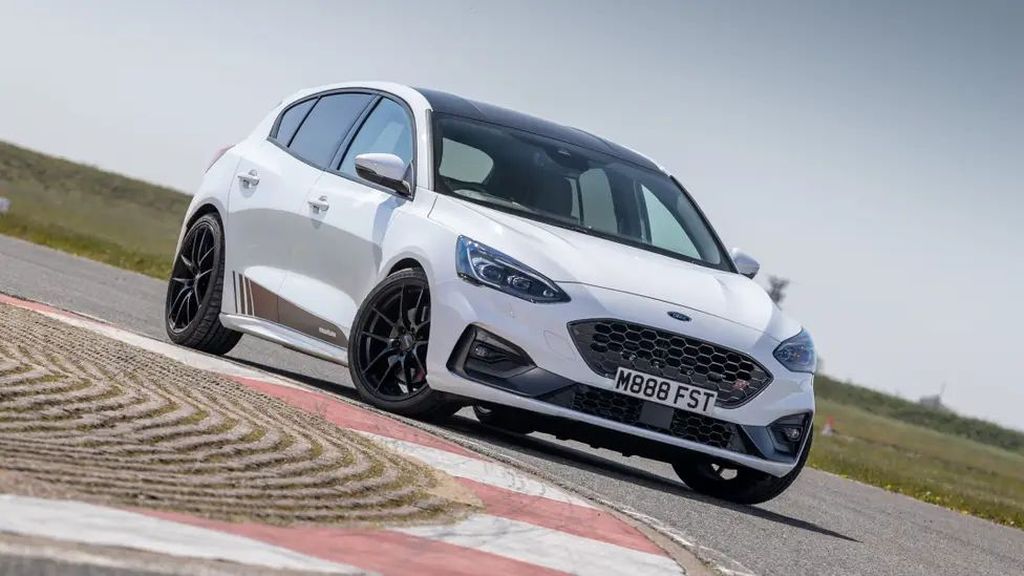 Numbers. Give me numbers.

That’s tricky, actually. Mountune isn’t entirely sure about 0-62mph, but in the right conditions? Sub five seconds. Feels it too. You don’t so much drive the m365 as grapple with it, like Jason Bourne in a fistfight. Mountune’s demo car rides lower, on lighter wheels with grippier Cup 2s and uprated brake pads, upping the ante on the stock ST’s enthusiasm for corners.

The real challenge – and we really mean ‘challenge’ here – is applying power on exit: overdo it and the ESP will scrabble to intervene. You can’t just plant your foot and let a computer work out the rest, the m365 requires finesse to make the most of that extra muscle. 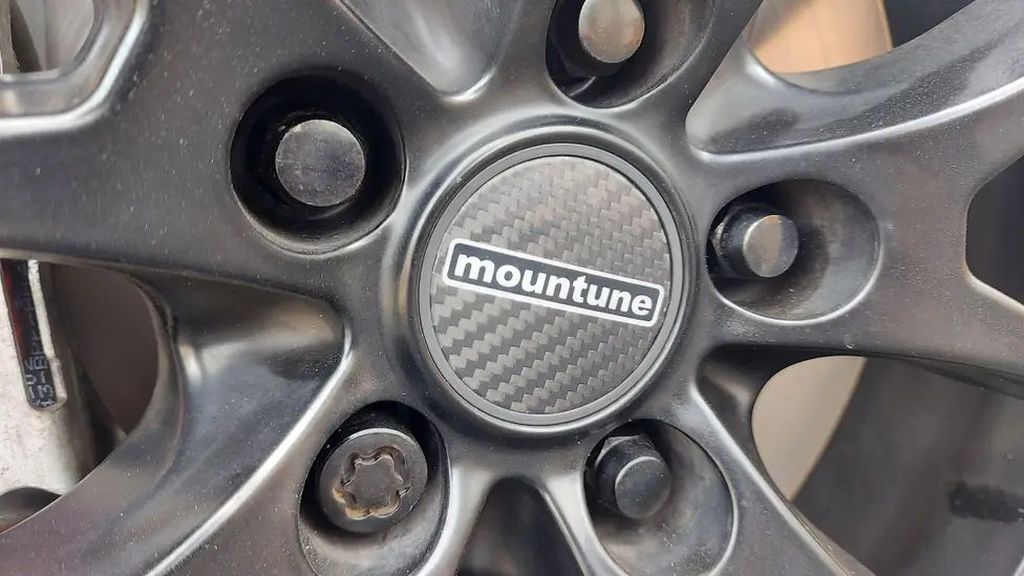 You can of course remove the safety net by engaging Race mode, leaving you defenceless against mid-corner (or heck, mid-straight) snaps. Our advice? Approach with caution. Or at least book a track day to attempt ‘Watch this!’ manoeuvres.

Peak torque is available at 3,500rpm, with max power attained at 5,500rpm. The broader spread over the rev range is one of the best things about the m365 kit, as it all but removes the need to downshift when you need to get a move on. Acceleration is yours in virtually any gear.

Top speed is given as 155mph+. Feel free to take yours to an autobahn and report back. There are no such luxuries near Mountune’s base just outside Brentwood, Essex. Sorry. 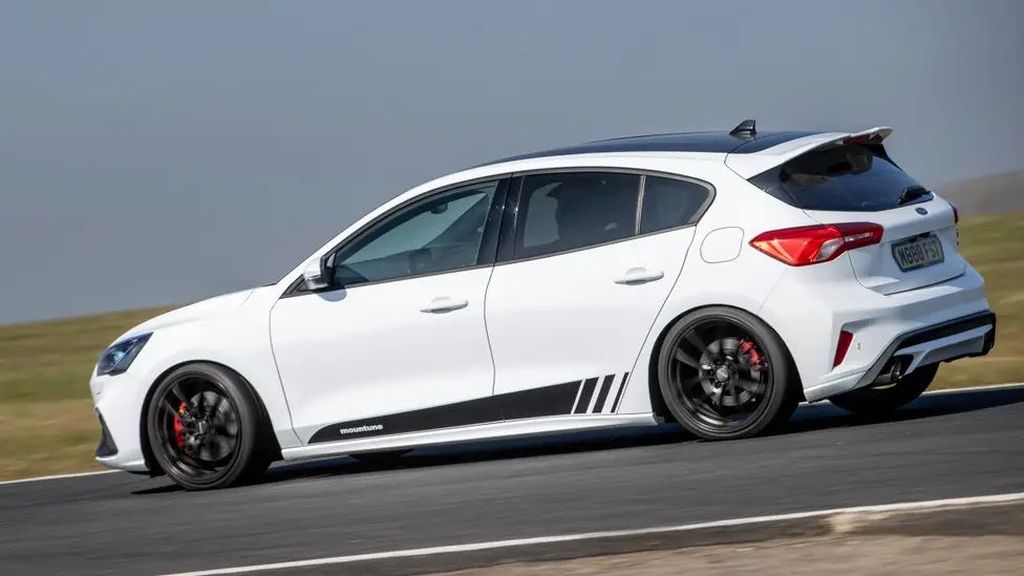 Where does the added performance come from?

There are five bits of DIY to either take on yourself or farm off to a garage: a sport GPF, GPF-back exhaust, downpipe sports cat and high-flow filter all boost airflow. “It’s like the bottleneck scenario,” explains calibration and development engineer Paul Hills. “By opening up the exhaust pipe the engine can breathe.” Lungs liberated, it’s then just a case of reprogramming the ECU with Mountune’s SMARTflash app and OBD bluetooth interface. £2,692 all in. 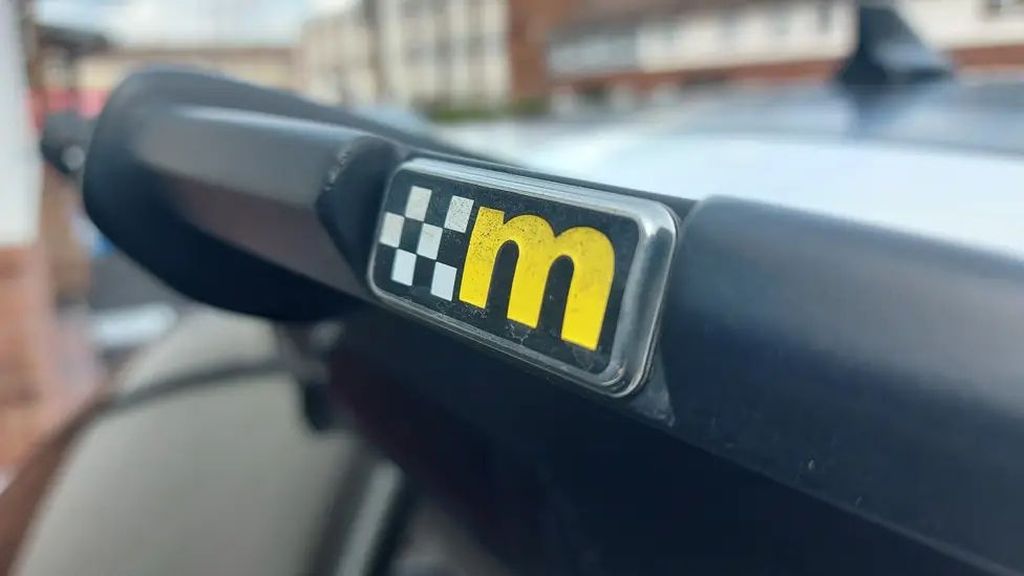 Could I live with it every day?

Sure. Tyre noise aside it’s reasonably subdued at a cruise, and Normal mode takes the edge off when you need some respite. 30mpg and above in daily driving should be possible too, so it’s not a bank-breaker. And alterations aside this is still a Focus, which means decent room throughout and 375 litres of boot space. 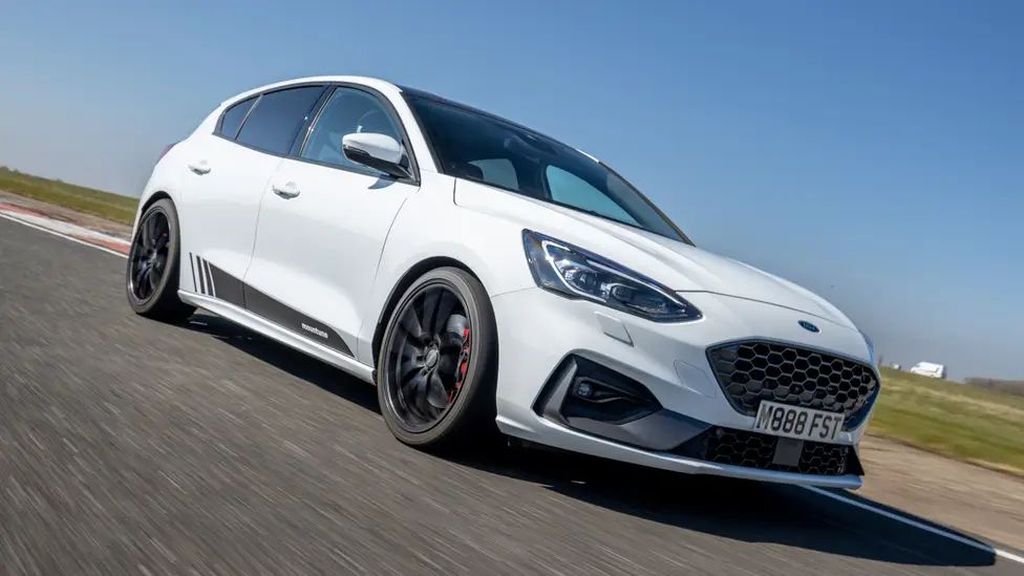 Every action has an equal and opposite reaction, so hardware that works harder, wears harder. Right? According to Hills, who spent five years in the durability department at Ford’s facility in Dunton, some engines go through cycles of up to 400 hours at maximum capacity to prove their fatigue prior to production. 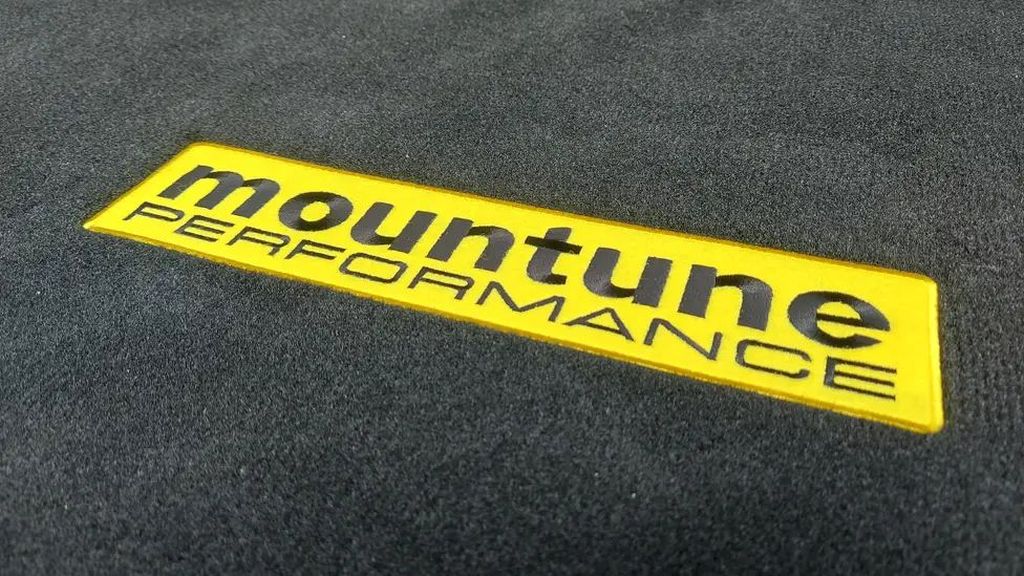 “It’s hard to put an engine through that sort of punishment for that length of time,” he says, adding that countless hours of Mountune’s own track testing helps them find the line. “We can’t sell them on the ragged edge. You have to have a reasonable safety margin because you don’t want to go ‘pop’ everywhere.” 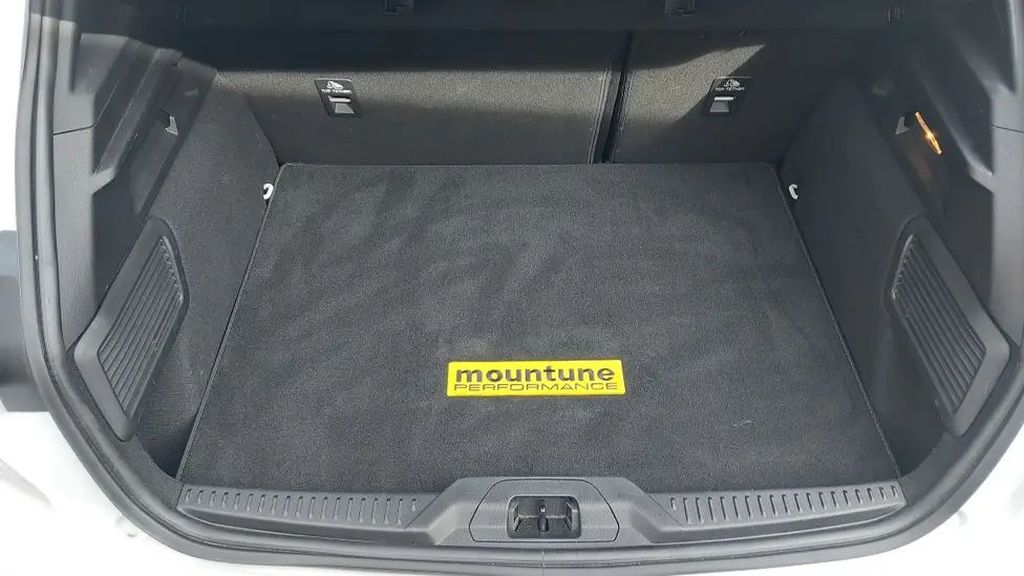 Okay I’m reassured. I want one, but do I need one?
Think of the m365 as an expansion pack for a much-loved video game. If you conquered everything with the difficulty settings turned up to the max, the m365 is the next step for you. But if you were plodding around in ‘Novice’ mode, it isn’t. Try Mountune’s less demanding m330 upgrade instead.

Interestingly, the firm reckons most buyers will be weekend warriors; the type who want more of everything simply because it’s fashionable. But really you need a decent amount of talent – or at the very least a willingness to learn – to exploit the m365’s full potential. Which means being honest about your driving skills. Are you really up to it? 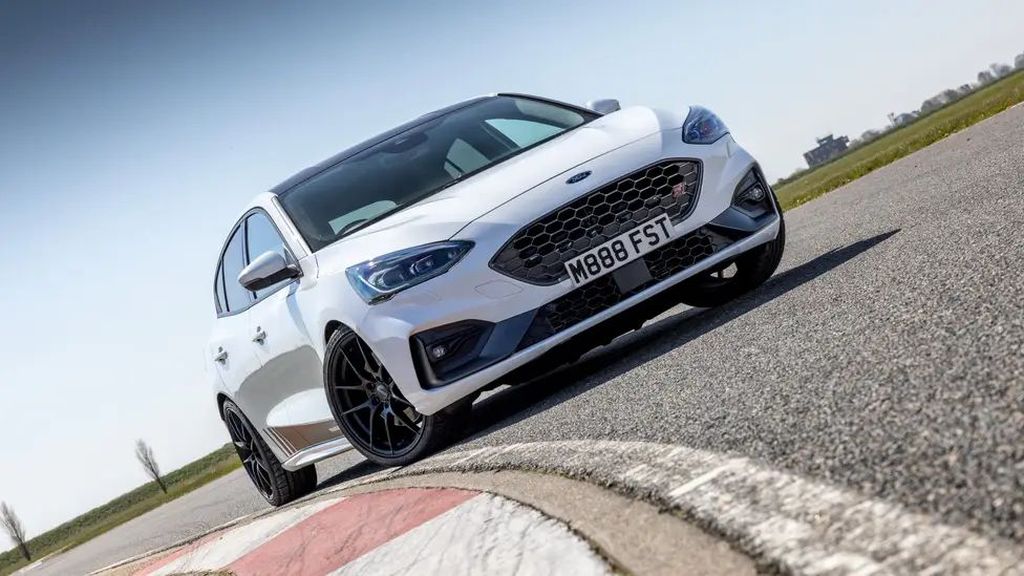 For argument’s sake, let’s say that I am…
Wonderful. Previously the m365 pack was for manual Focus STs only (hatch or estate), but now autos can be upgraded too. Not popular here but Mountune’s inundated with demand from Australia and Taiwan, apparently. Funny old world.

Beyond the main components, spare some loose change for Mountune-branded gear. You know, floor mats, mud flaps and the like. A short-shift gear lever adaptor is £169 and worth every penny; four OZ Racing 19s require more wallet-based commitment at circa £2k.

Ford opted against developing a new Focus RS, citing emissions and high development costs. So there’s been a gap to be plugged for a while. This fills it. And further improvements are to come when it gets its hands on the new Mk4.5 Focus ST. Stay tuned. Get it?! We’ll leave.