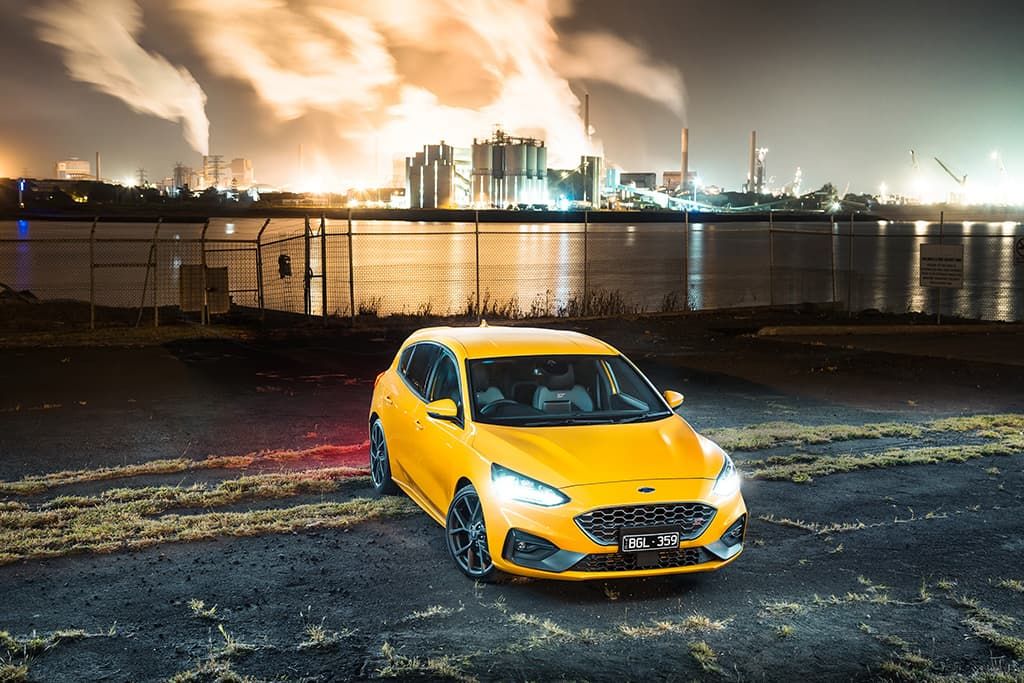 “We obviously had a Golf GTI… but character-wise [it’s] quite different,” he said.

“Yes we looked at Golf GTI but certainly that’s not what we targeted. We wanted a much sharper, crisper vehicle than a Golf GTI, which I think we delivered.” 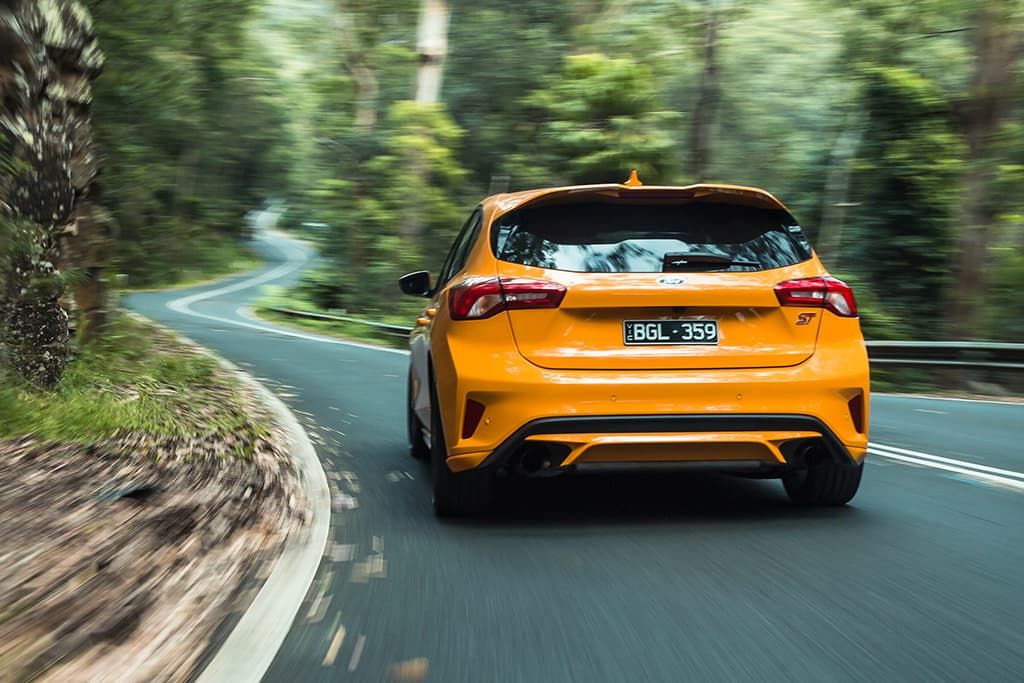 The new Ford Focus ST is making its way to showrooms as we speak, priced at $44,690 for both the seven-speed automatic and six-speed manual versions. The auto-only Volkswagen Golf GTI is priced at $46,690, while the manual-only Hyundai i30 N Performance is cheaper at $40,990 and the manual-only Honda Civic Type R tops them all at $51,990. 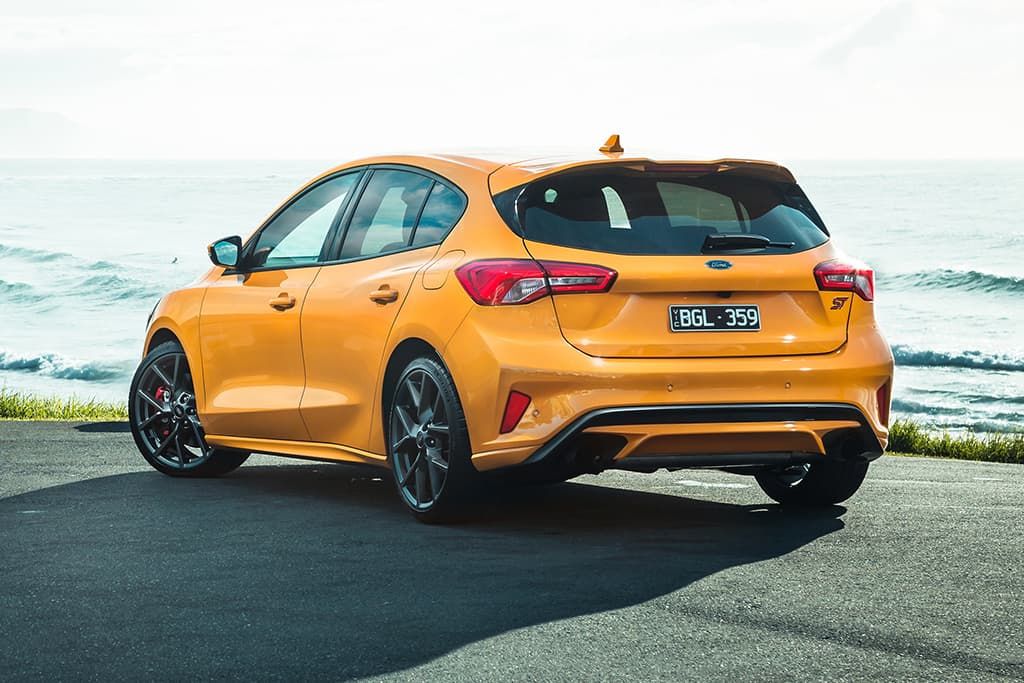 The front-drive Ford Focus ST is powered by a reworked version of the Ford Focus RS engine, a 2.3-litre turbo-petrol four-cylinder unit that bangs out 206kW of power and 420Nm of torque. 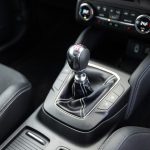 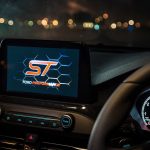 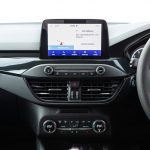 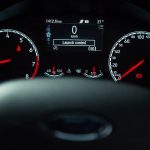 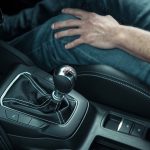 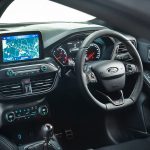 And while it doesn’t have all-wheel drive like its legendary previous-generation Ford Focus RS, the new Focus ST does have a proper limited-slip differential (LSD) up front.

Although all three front-drive rivals mentioned above also have an electronically-controlled mechanical LSD in Australia, Meunzinger took a swipe at hot hatches with electronic differentials that merely use the brakes to improve front-end traction. 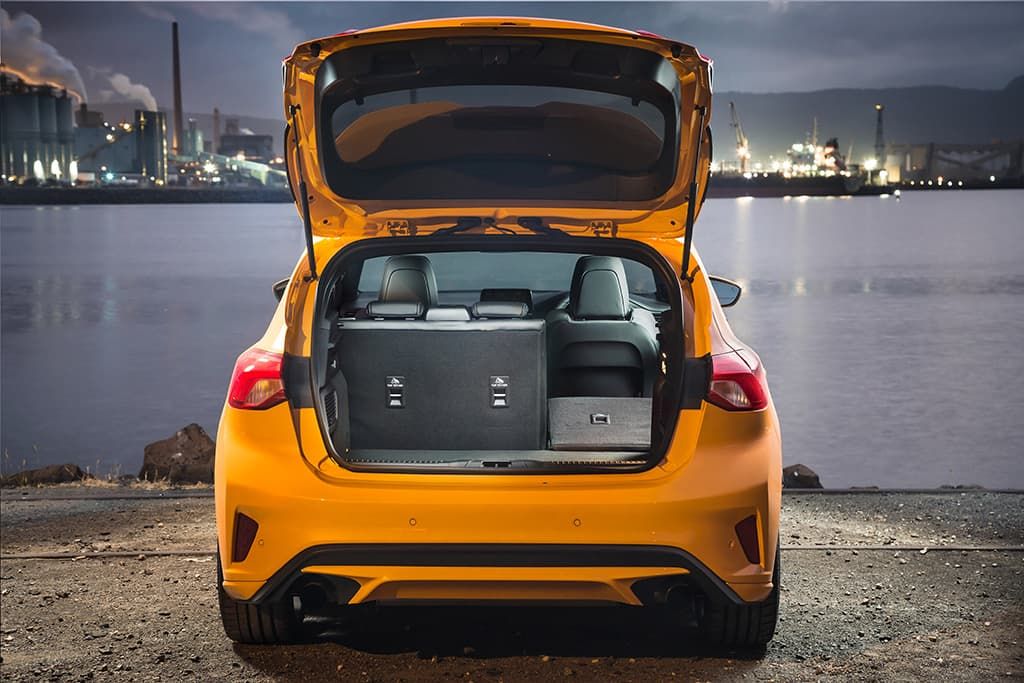 “Some competitors are using the term e-diff but they are just doing it by torque vectoring via brake usage and that’s a very different approach,” he stated.

The Ford Performance Europe boss said the Focus ST’s LSD is “…the most advanced slip control you can do on a front-drive car – [the] most expensive and most advanced.

“It is a mechanical device that is electronically controlled. It has a clutch inside and it can be locked anywhere between zero and 100 per cent.” 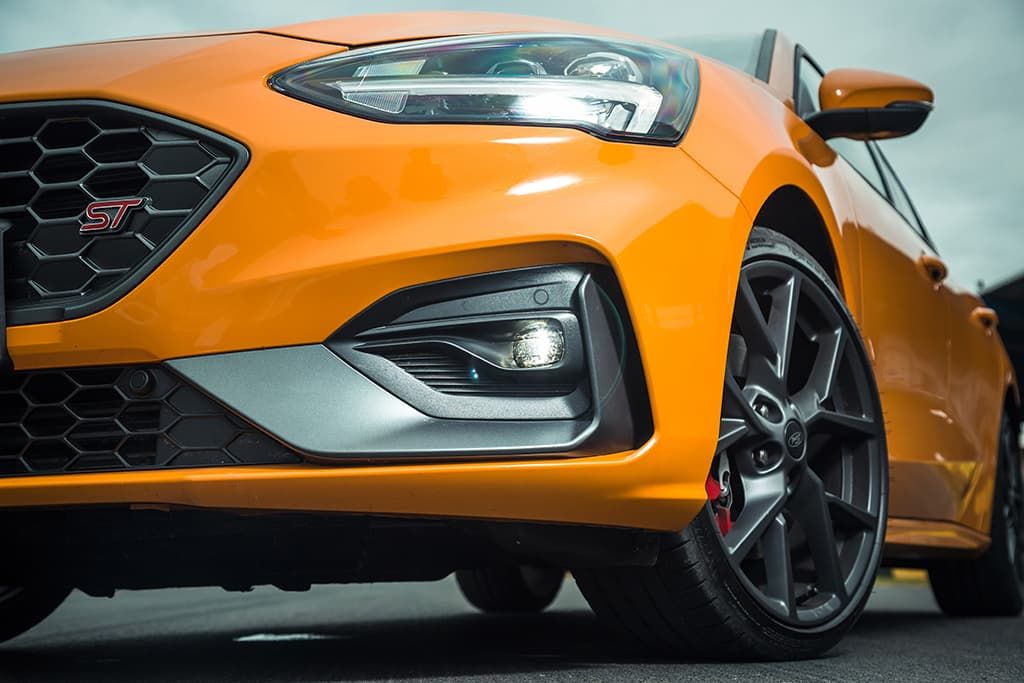 As well as broadening its target audience with the addition of an automatic transmission an extensive equipment list, the new Ford Focus ST also aims to target enthusiasts with its torquey engine and complimentary membership to the Ford Performance Club.

Owners will get a welcome pack with various goodies and several unique member benefits, including free track sessions at circuits like Tailem Bend. 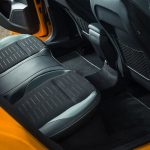 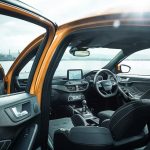 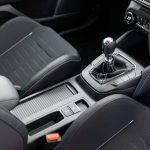 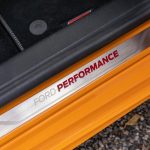 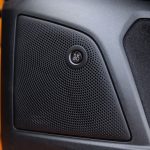 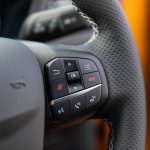 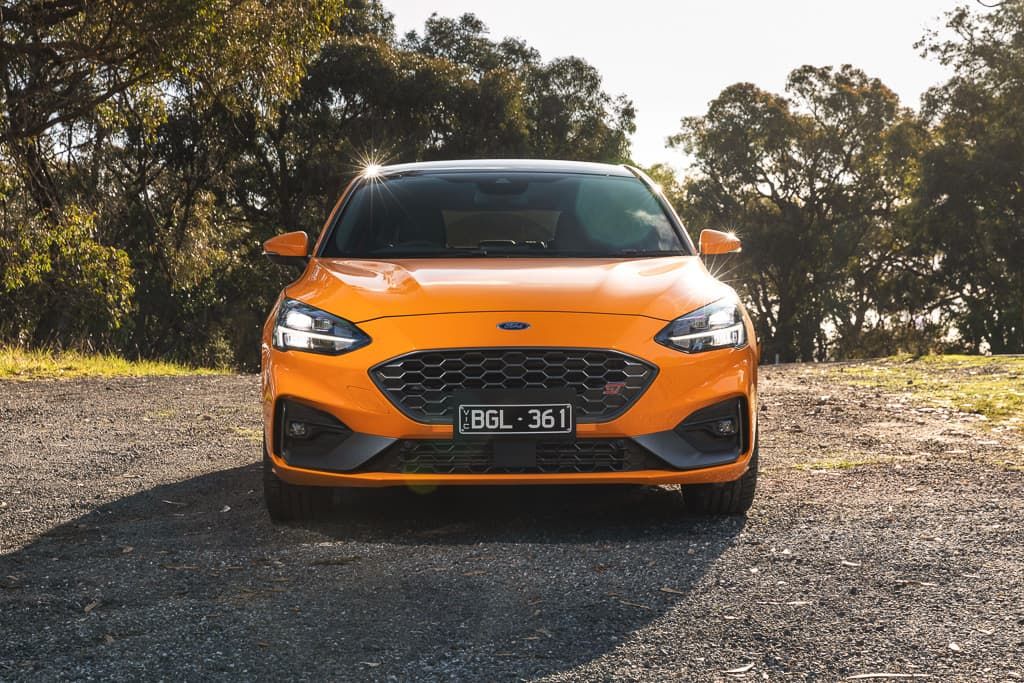 “We’re still working on making the club what owners and enthusiasts think it should be.

“Of course, we’ve been slowed a little when it comes to physical events, but we’re pushing on with ideas and opportunities. 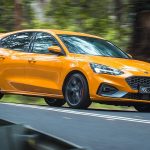 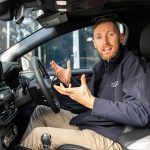 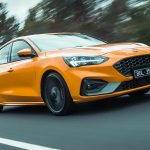 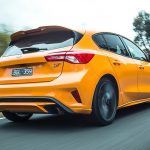 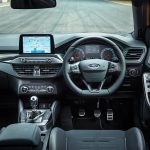 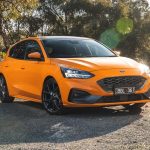 “Ultimately, Ford Performance Club enables owners who want to be more involved, be more engaged with fellow owners and, of course, have unprecedented access as a customer to the Ford Performance family. That’s in terms of products, experiences and opportunities,” he said.