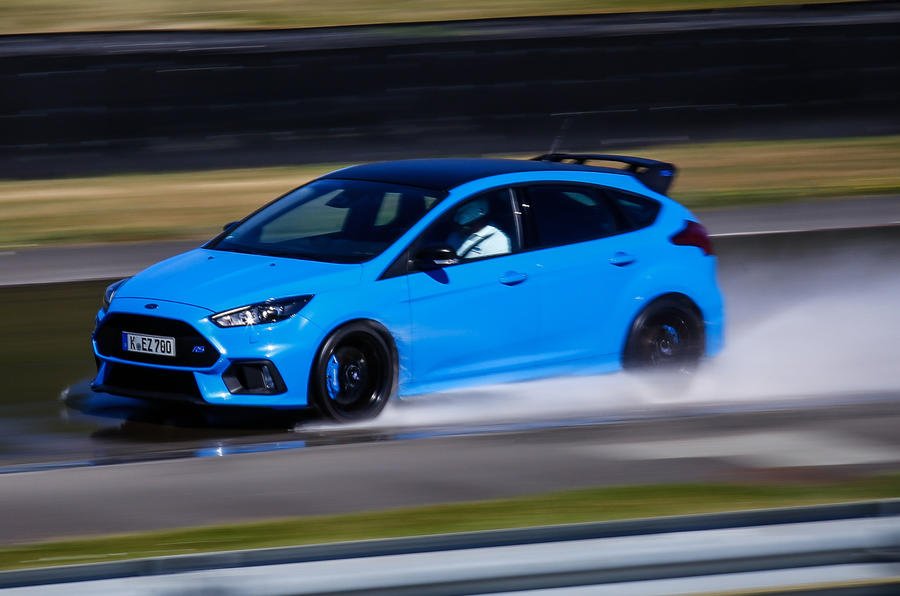 Back to back in the new Quaife-enhanced RS against the standard version – which is better? 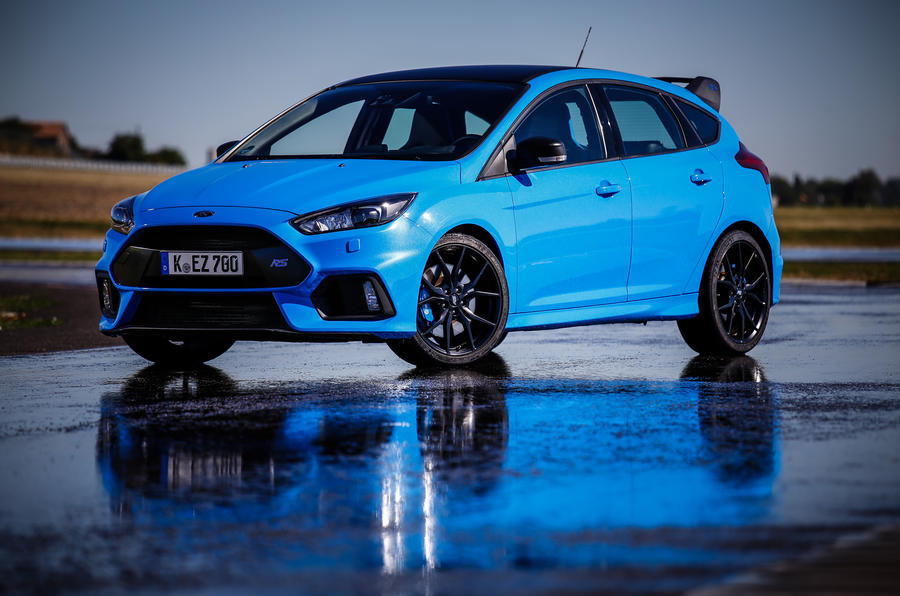 Is there really anything more to say about the Focus RS? Yes there is, given opportunity to drive the new Quaife-diff equipped Option Pack car against the standard version on an entertainingly slippery Michelin test track.

Question here is whether there’s actually any benefit to the RS, beyond marketing being able to keep us talking about it in the face of renewed competition. After all, Mercedes added a mechanical locking differential to the front of the A45 AMG as part of a new Dynamic Package and it hardly transformed it into an RS slayer. 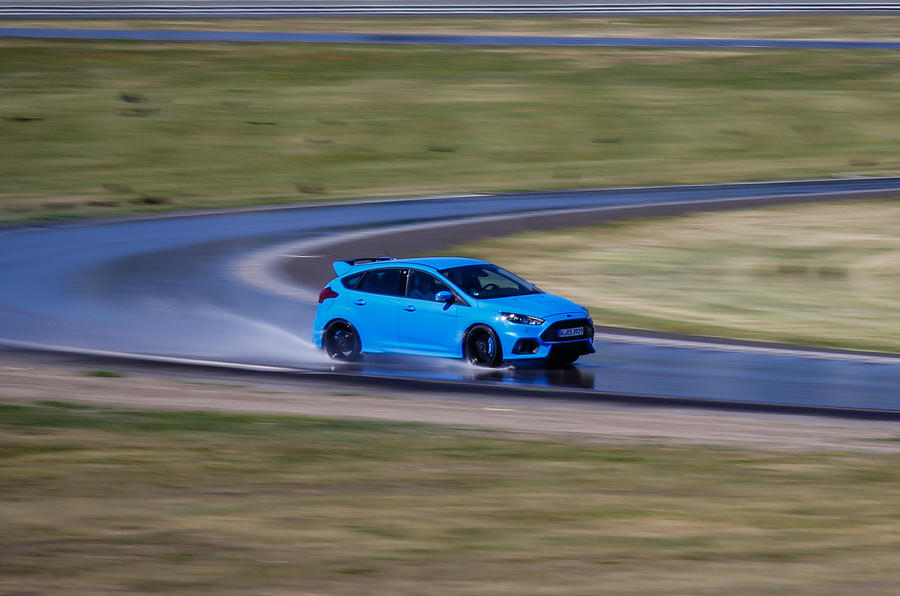 With the Focus RS Ford felt it didn’t require a front locking diff to get the performance it needed – over to Ford Performance engineering boss Jamal Hameedi for why. “If you have something like a traditional all-wheel drive system that is unable to distribute torque across the rear axle power understeer is what you get,” he told us, adding that throwing a front limited-slip differential into the mix can actually make it worse. “It applies the power but steering just gets killed – it’s a trade-off between steering precision and the ability to accelerate out of the corner and that was the compromise we found in the rival systems we evaluated and the game changer of our torque vectoring system.” 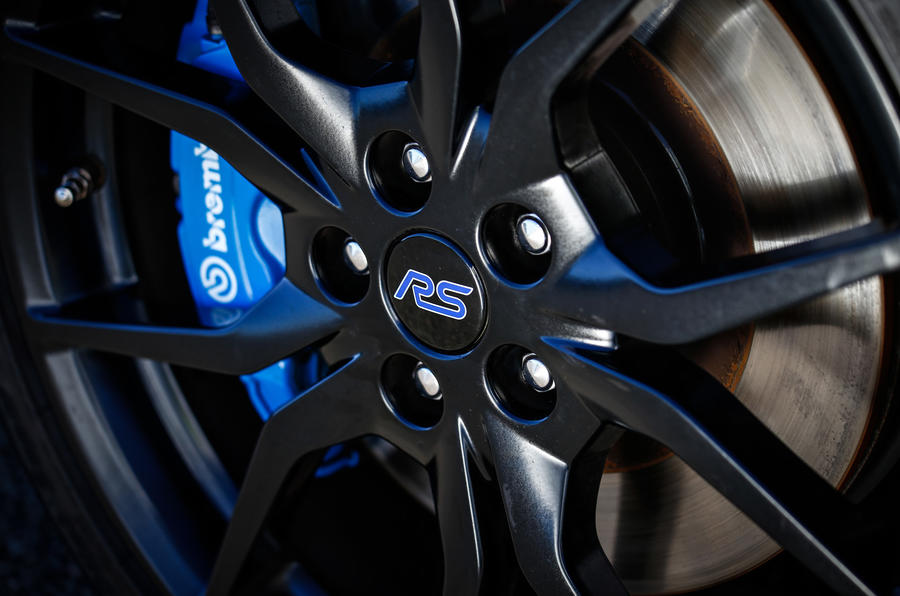 This fits with what Ray Kuczera from GKN told us when we geeked out over his work turning the Twinster Rear Drive Unit into a Drift Mode enabler. “I’m not really a fan of limited-slip differentials on the front,” he said. “It allows you to put all the power to the road but the trade-off is more throttle-on understeer into the corners – generally I find them to be less engaging too.” 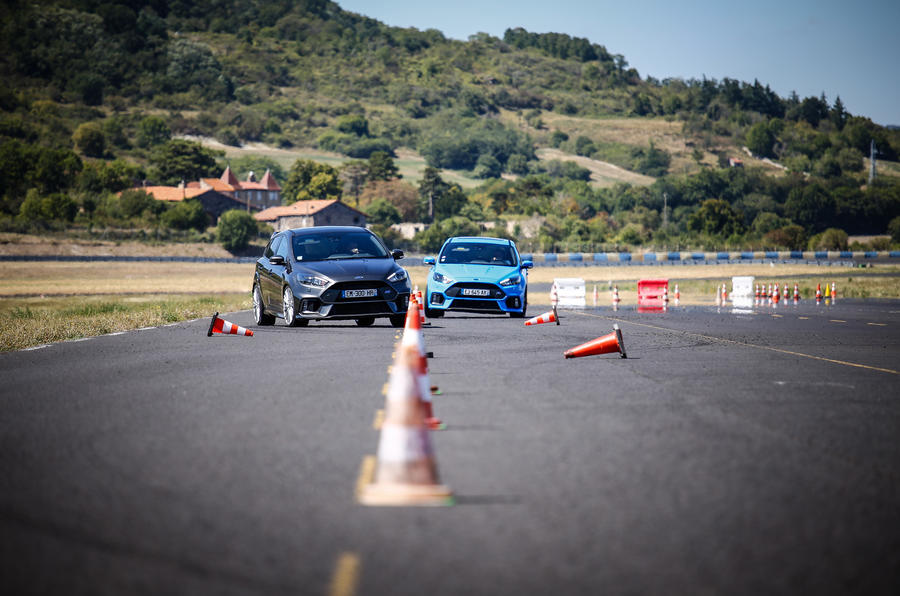 New normal
So it goes with conventional AWD hatches. But the Focus RS isn’t conventional, and with Mountune already selling a warranty-friendly Quaife differential package it’s not surprising Ford is now offering the same from the factory. As a retrofit from Mountune the diff costs £726 (plus fitting), the Option Pack likely to push the RS base price from £32,265 to more like £36,000. Bear in mind this also includes the desirable Recaro shell seats, forged 19-inch wheels (nearly a kilo lighter each), Nitrous Blue colour coding for the brake calipers, matt black exterior trimmings and the Luxury Package, the combination of which pretty much makes up the price difference alone. 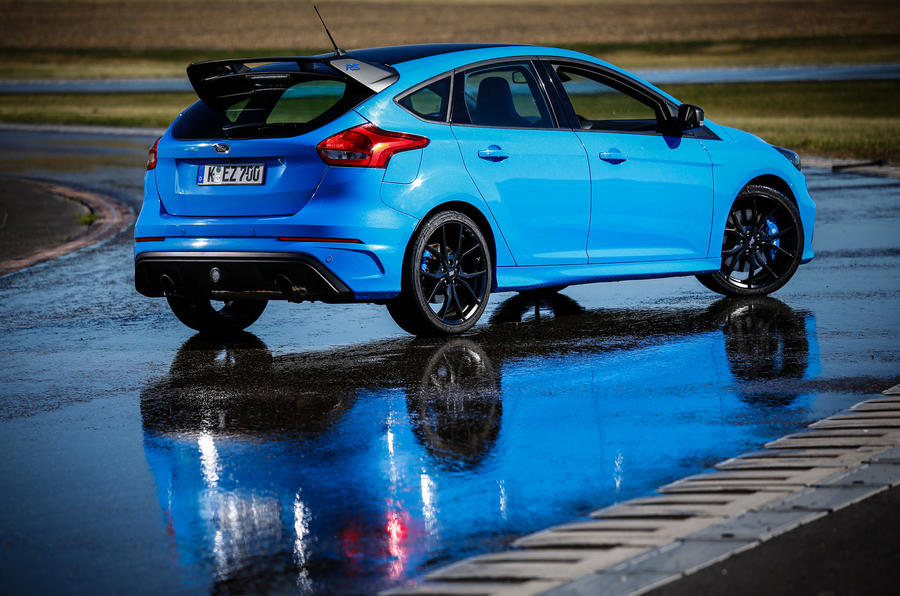 But enough spec musing. There’s Michelin’s 4.5km wet handling circuit, its 7,000 sprinklers have very much done their job and there’s an Option Pack Focus RS and a standard one to compare it against.

Key to the trademark yobbery we enjoy so much in the RS is the slight overspeed to the rear axle compared to the front. On the throttle the clutches in the Rear Drive Unit can then distribute the power in such a way as to dial out the understeer inherent in a hatch-based layout. Or, Drift Mode enabled, let you go all Ken Block. Off the power the brakes can contrive a similar effect but the Focus rewards those willing to keep their foot in. 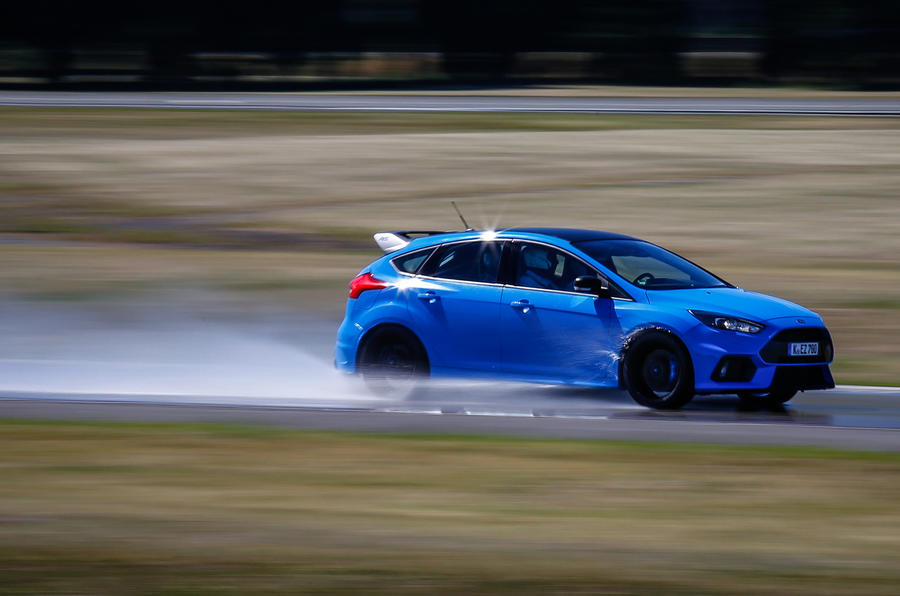 The fear would be that with a front locking differential – or a torque biasing one to give the Quaife its proper description – you now have more traction at the front, possibly leaving the front tyres to shout “I’ve got this!” any time you plant your foot. And if the black boxes think this is enough to get round the corner they won’t bring the Rear Drive Unit into play, except for fine-tuning the angle of attack. Good for speed. Not so much for the showboating we associate with the RS.

Rally style
The Japanese rally reps used similar set-ups for years, the Subaru WRX STI (yes, it’s still on sale!) using a helical diff up front, computer controlled centre and Torsen rear combination. At the other end of the spectrum you’ve got cars like the Golf R, recently updated but still a Haldex system with brake nibbling each end to simulate the effect of a locking diff or mechanical torque vectoring like you get on the front of a GTI. 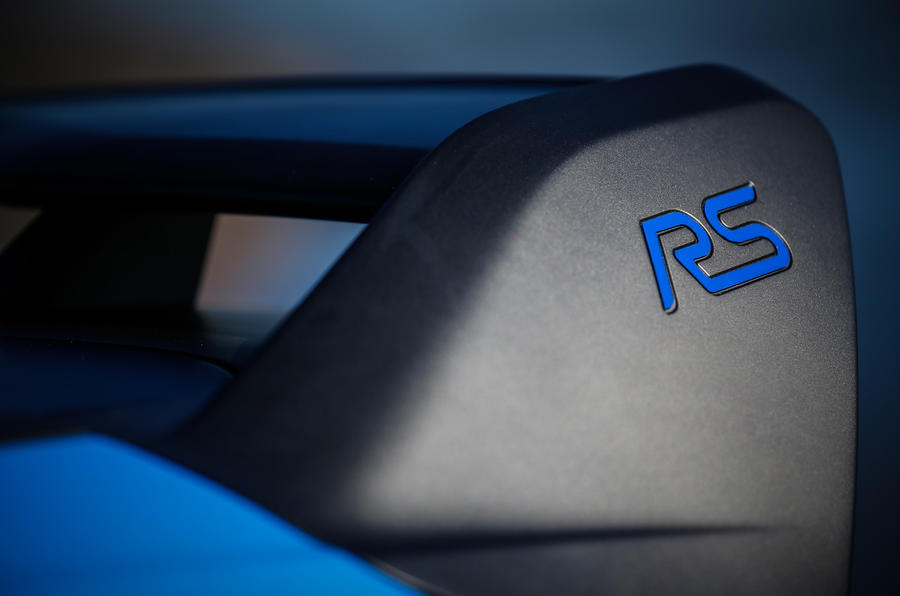 But none of these cars have traded on driftability. Surely more traction at the front runs the risk of making the RS feel more… conventional?

It certainly feels more four-wheel drive. Front-driven RS models have previously used Quaife diffs and suffered some compromises as a result. Hameedi accepts there is a trade-off in steering feel with the Option Pack car but, at least on this smooth, slippery surface, it’s not turned the AWD RS into a torque-steering monster like its predecessors.

The balance feels the same as a standard RS and it’s just as keen to pivot into the turns through weight shifts or trailed brakes. The USP in the Focus is being able to achieve the same purely on the throttle but it’s clear with the diff it’s pulling as much from the front as it is pushing from the rear. As such if you’re early on the power while still in the corner it’s less keen to push on because the front wheels aren’t spinning up. In a car like a diff-equipped A45 the best you could hope for in this state is a neutral stance, probably with the option to get on the power earlier than you otherwise might. 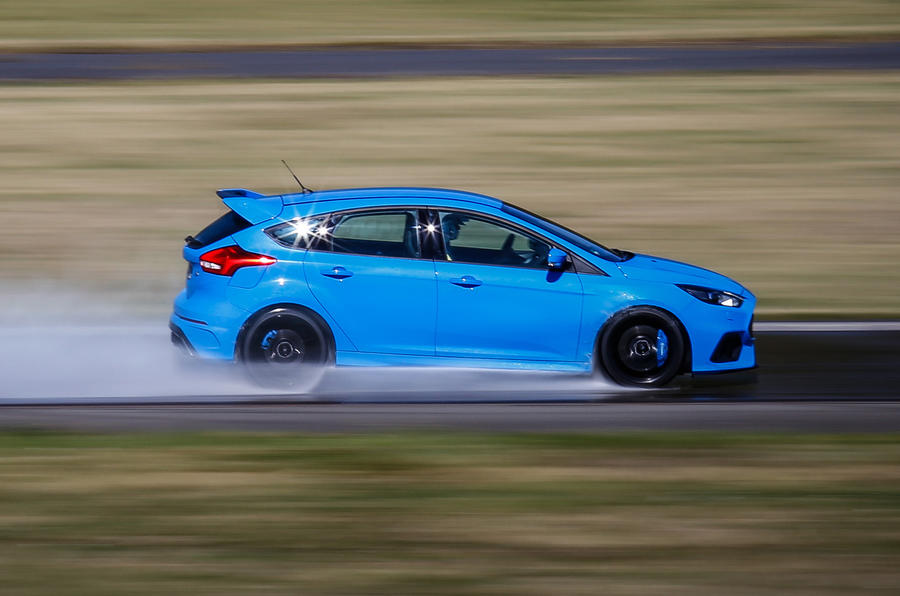 But with the Focus in (officially track only) Race mode and the ESC in its mid-setting the oversped rear axle is just as keen to come into play, setting the car up for a rally car style diagonal corner exit. Keep it neat and tidy, avoid sawing at the wheel or trying to throw in corrective lock and it’ll do all this well within the threshold of ESC intervention too. Lovely!

Swapping to the standard car reveals exactly what the Quaife is doing too. You can still power through the understeer into that trademark drift but it takes commitment and most sensible people would have long since backed out of it. You can of course pitch it in on the brakes, swing the back end into the turn and then powerslide out. But if you overwhelm the front tyres it takes a while for the Rear Drive Unit to neutralise the understeer on power alone. And when the rear axle does kick in it’s a more violent, dramatic intervention. Or more exciting, to put it another way. 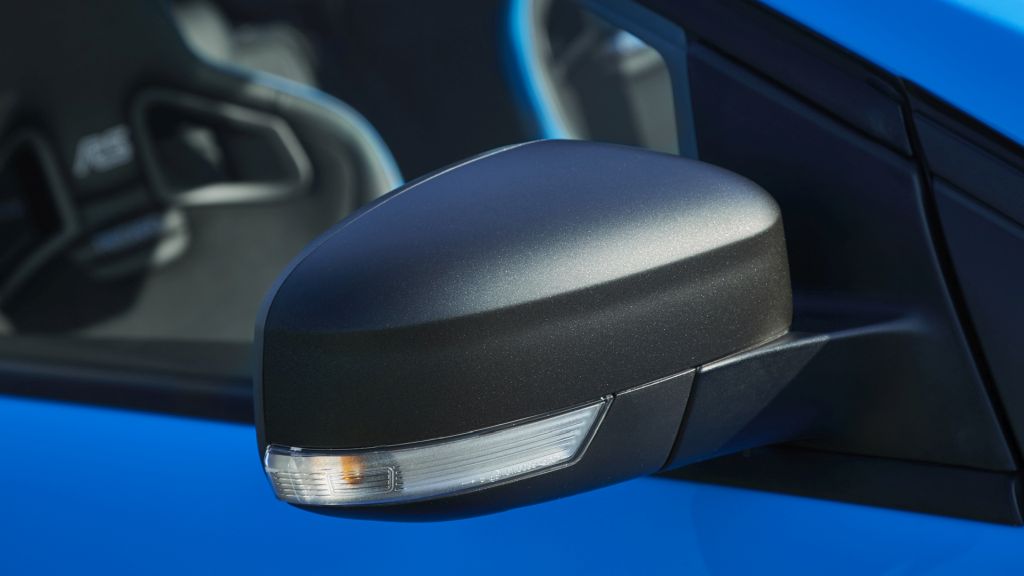 Baby, meet bath water?
The slippery surface of course flatters the new set-up. But it’s revealing, the front axle now playing a bigger part and the rotation into rear-driven bias faster, smoother and more intuitive than before. On a dry road the regular car would be able to lean on its tyres while the same was happening and the influence of the Quaife will be reduced. And you’re only going to really feel the benefit in the wet, on track or when you’re really, really on it. Those considering the 375hp Mountune upgrade package (or further tuning) would probably benefit from its addition though.

If you’re confident enough to drive the RS properly, get on the throttle really early in the corner and commit to letting the clever powertrain do its thing then the diff clearly unleashes yet more potential without diluting the character. But those who prefer contriving a little ‘dab of yobbo’ by mashing the throttle on corner exit may be disappointed – where the standard RS will give you an entertaining sideways lurch this new one is rather keener to just grip and go. If you equate faster with better this addition makes the RS a more potent machine, especially when it’s slippery. In regular driving it’ll make it feel a little more planted though, with less of that signature hooliganism at easily accessible speeds. Pays your money and all that. 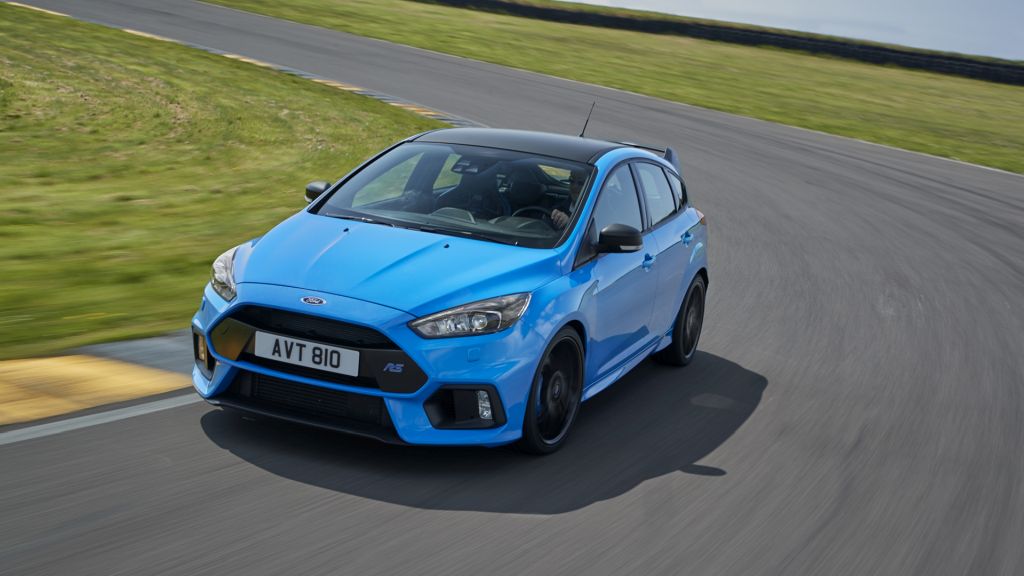