Kent-based squad Motorbase Performance made a further step towards a return to the Dunlop MSA British Touring Car Championship following a fruitful test at its local Brands Hatch circuit last week (Friday May 15).

Following an extensive development programme on the new Mountune 2-litre Ford EcoBoost engine in conjunction with technical partners Pro Alloy, SamcoSport, Milltek and Specialty Fasteners; the full 2015 Motorbase line-up was in attendance during the open day session with both Mat Jackson and new signing James Cole on track in the Ford Focus ST’s. 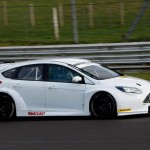 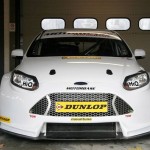 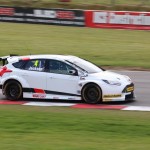 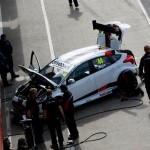 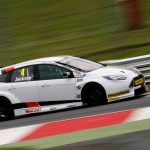 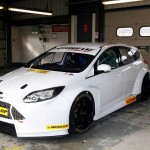 “We had a great test on Friday with both BTCC cars in the full 2015 specification;” said Team Principal David Bartrum. “Mat and James worked through some set up work and engine work that we had planned which went extremely well. We also covered both qualifying and race run simulations with both cars and were very satisfied with the results.

Jackson’s return to the Motorbase squad marks his sixth successive season in Bartrum’s BTCC line-up and the 2014 Independent runner-up is this year joined by former Formula Ford Champion, James Cole. “Mat and James work very well together, they have a very similar driving style which makes things easier from an engineering perspective as they both run similar set ups and benefit from each other’s progression.

Bartrum added; “Mat was pleased with the developments since our last test earlier in the year, and though James is less familiar with the Motorbase Focus, he was delighted with the car’s performance and pace.” After its six year partnership with Wrigley’s Airwaves came to the end in 2014, the Wrotham-based team has been working tirelessly on finding a new title partner to facilitate its plan to re-join the BTCC at Snetterton for the second half of the season. With the open day test part of an ongoing programme to attract potential new partners to the team, Team Boss Bartrum has been heartened by the interest and support shown for the Motorbase squad, adding; “The day was a great success. As usual it was a testament to the people behind the team that both cars looked great, ran faultlessly all day and we got through our test program and more.

“We’re still working on finding a financial solution so we can be out at Snetterton in August. We’re not there yet but Friday hopefully showed some interested parties that we’re ready and raring to go. We remain hopeful that we’ll be back on the grid come the second half.” 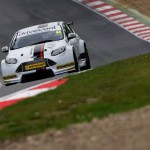 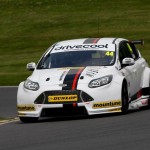 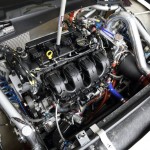 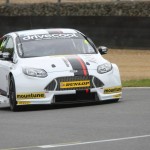 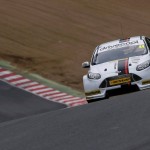 Driver quotes:
#4 Mat Jackson:
“The car performed strongly at the test. We’re in a good place at the moment, the lap times are good and the Focus looks and goes exceptionally well.The whole package is stronger, with the new EcoBoost engine and the chassis improvements that have been made we feel confident that we can challenge at the front. We’re not just looking to be in the mix when we do come back; we want to win races.”

#44 James Cole:
“The test went really well. It was my first day in the Focus proper and I was very encouraged with the pace and happy with how quickly I adapted to it. Having been in the BTCC for 18 months, I haven’t had the package before to really show what I’m capable of. I’m confident now that I’m in the best position I’ve ever been in the Championship, hopefully we can come back with a bang!”