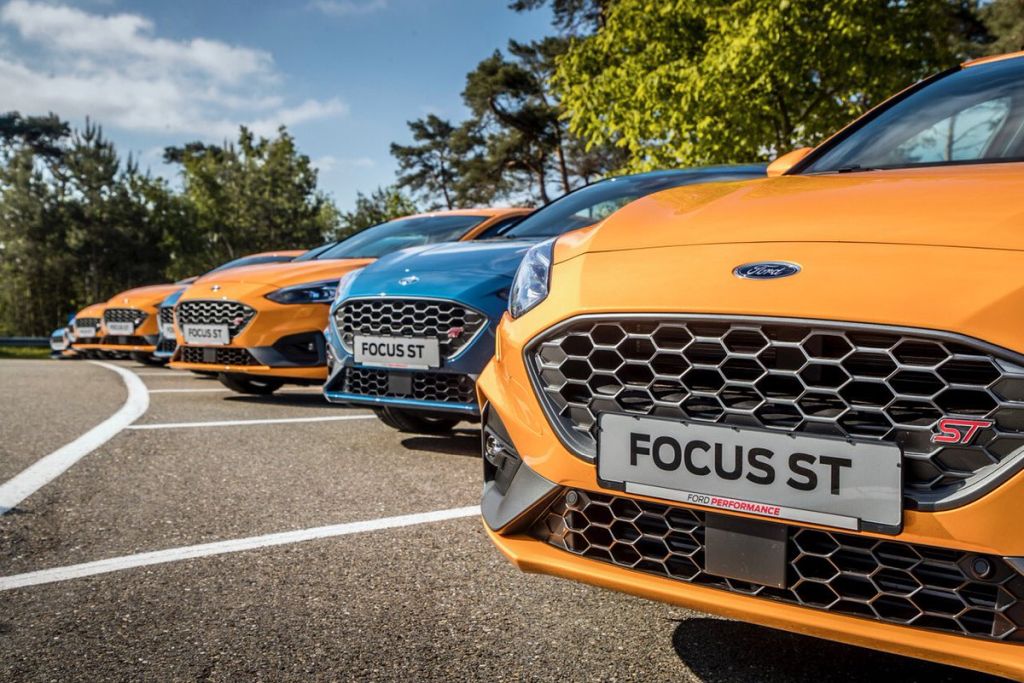 We get the lowdown on the tech behind Ford’s new Focus ST hot hatch and get to sample it – but only from the passenger seat for now.

Given the illustrious history of fast Fords, the brand has a big challenge on its hand with the new Focus ST.

Since the last-generation Focus ST launched in 2012 the class has moved on dramatically, with these fast family machines, such as the Honda Civic Type R and Hyundai i30 N, offering an incredible level of technology for the money. 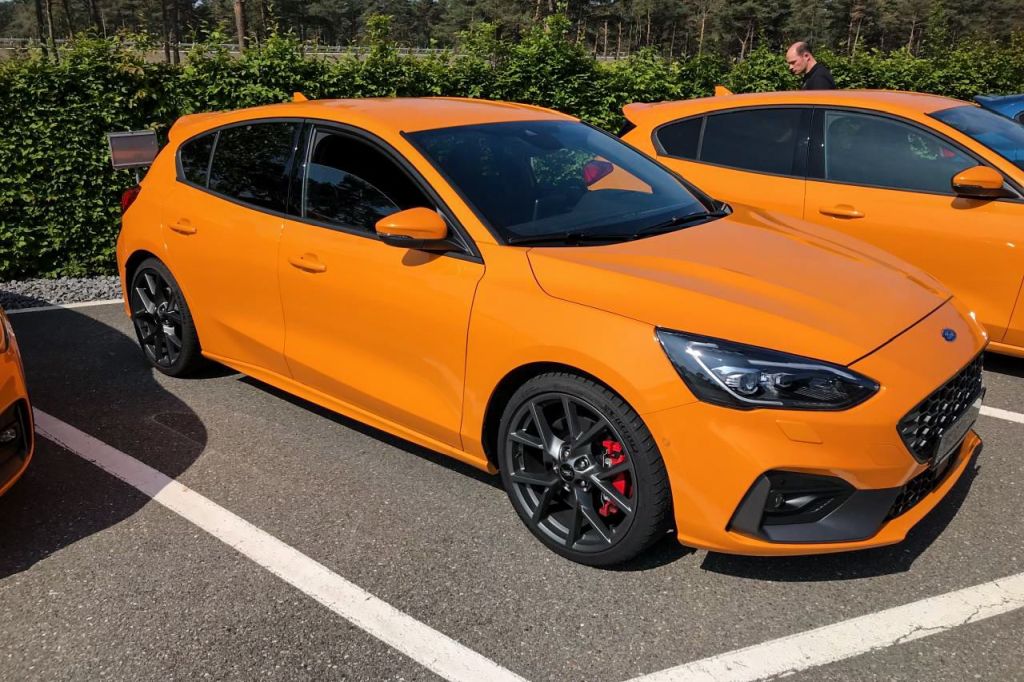 Ford hasn’t approached this challenge lightly, though, and has thrown everything at the new hot Focus. And now we’ve been given an overview from the man behind its development, Ford Performance Europe director, Leo Roeks.

There’s tech such as an electronic limited-slip differential (eLSD), adaptive dampers, sticky dual-compound tyres, anti-lag for the turbo engine, launch control and rev matching functions. But despite this, the human element was at the forefront of the car’s development, according to Roeks.

“We always want to perfect the driver’s interface with the machine. That’s why we focused on four main pillars, like we did with the Fiesta ST.”

These are: vehicle dynamics, performance and – importantly – feel, the seating, and the sound.

The Focus ST now uses a 2.3-litre four-cylinder turbo, compared with the old car’s 2.0-litre unit. It’s an evolution of the motor from the Focus RS, tuned to produce 276bhp and 420Nm of torque – that’s an increase of 12 and 17 per cent on the previous ST respectively. It’s the most potent Focus ST yet and will hit 62mph in 5.7 seconds. The old car did it in 6.5 seconds, while Ford claims this ST is now as fast as a Focus RS over a quarter mile.

Ford also says response is improved thanks to the anti-lag system, which leaves the throttle open when you lift off to allow the boost to build quicker when you get back on it. 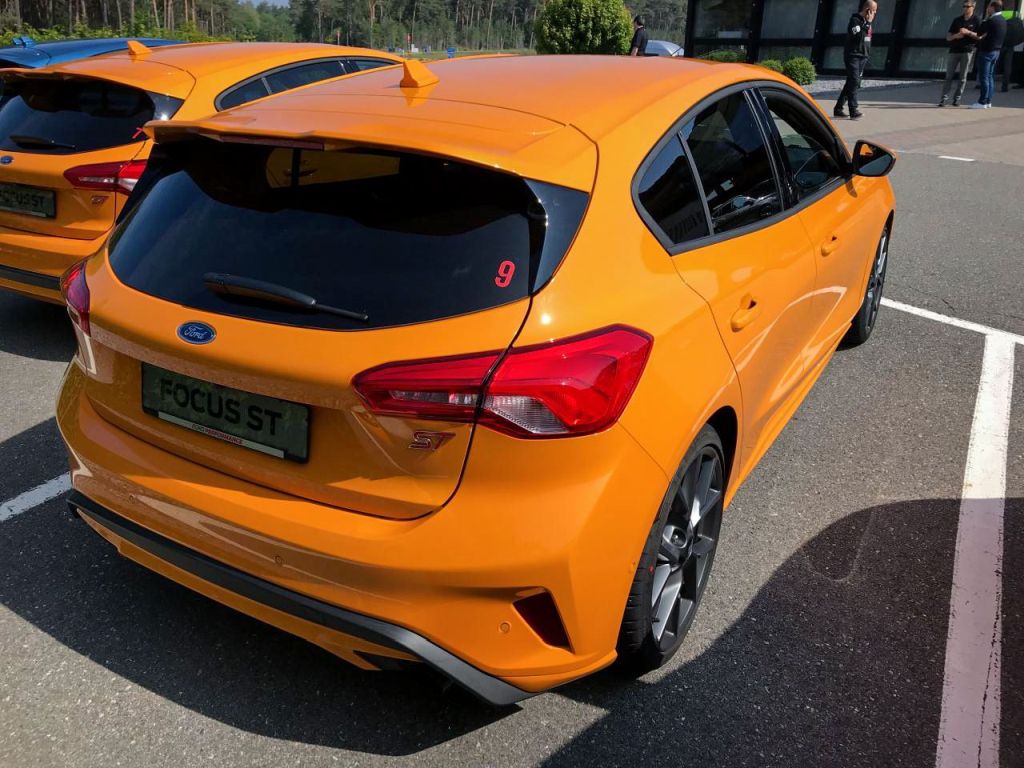 European media in the passenger seat of the new Ford Focus STCompared with its predecessor, the new ST hatch features Continuously Controlled Damping (CCD), which monitors and adjusts thesuspension dampers every two milliseconds; they’re 20 and 13 per cent stiffer at the front and rear respectively. The ST is also 10mm lower than a standard Focus.

There’s an estate available too, but this model doesn’t feature the CCD tech and instead gets unique geometry. All models get Ford’s eLSD with torque vectoring to boost traction and agility. The diff’s parameters change with the drive modes, along with the steering, engine, stability control and the electronic sound enhancement – something else Ford has learnt from the Fiesta ST.

There are four modes to choose from: Slippery, Normal, Sport and Track – although to get the last one you have to spec the Performance Pack, which adds launch control, rev matching, a shift light and different pre-sets for the damping depending on mode.

As for the seating, the Recaro sports seats are great. Supportive, comfortable and they clamp you in place.

When it comes to sound, electronic enhancement isn’t always a good thing, but the ST doesn’t over do it. The system enhances the tailpipe’s frequencies and amplifies this through the speakers. Pops and bangs in Sport and Track ramp up the character. 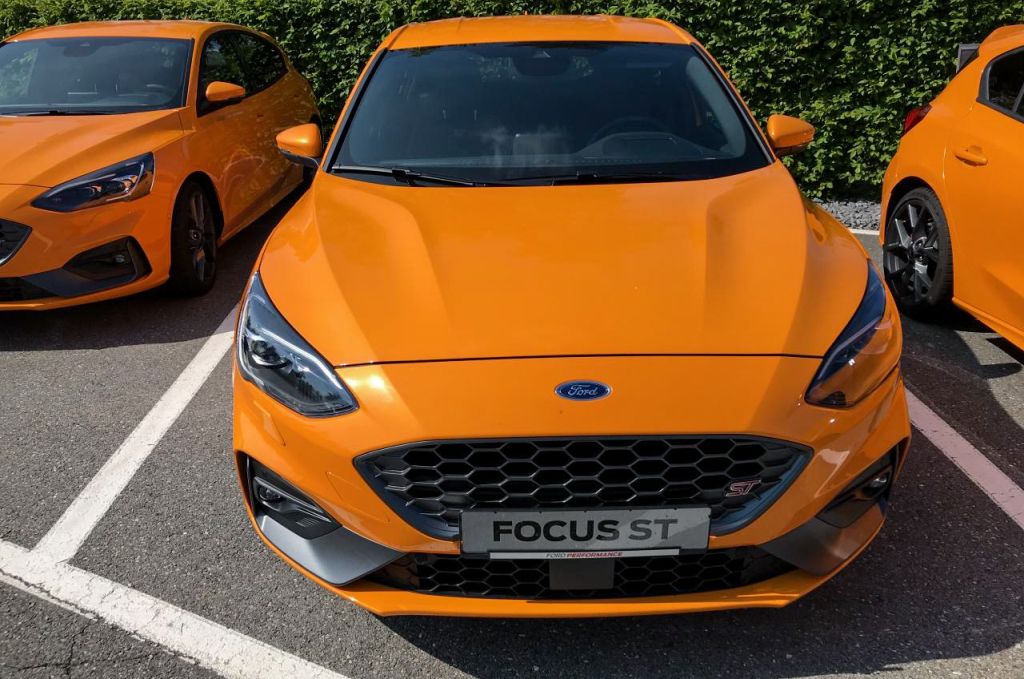 We got our first opportunity to sample that character from the passenger seat of the new Focus ST – around Ford’s challenging proving ground in Belgium.

Even from the ‘wrong’ side of the car you feel the modern Ford Performance approach – the 15 per cent quicker steering than a standard Focus and the grip from the new Michelin Pilot Sport 4S tyres mean the nose tucks into corners, while even the neutral balance of the chassis is palpable, helped by the diff. Traction seemed good, too.

The chassis is firm, and firmer still in Sport and Track, but the damping is plush and controlled, so even on our test car’s optional 19-inch alloys it only occasionally felt crashy. The set-up keeps the Focus flat and fairly level, three-wheeling through tight corners and hanging on tenaciously through longer, faster bends.

The engine seems like it delivers strong flexibility, too. The twin-scroll turbo means boost builds fairly early around 2,000rpm, and by 3,000rpm it’s blowing hard. It tails offer higher up, but there’s strong punch.

So the ST certainly has potential. We’ll see whether it lives up to this when we drive it in July – and whether it justifies the £31,995 list price for the petrol manual. 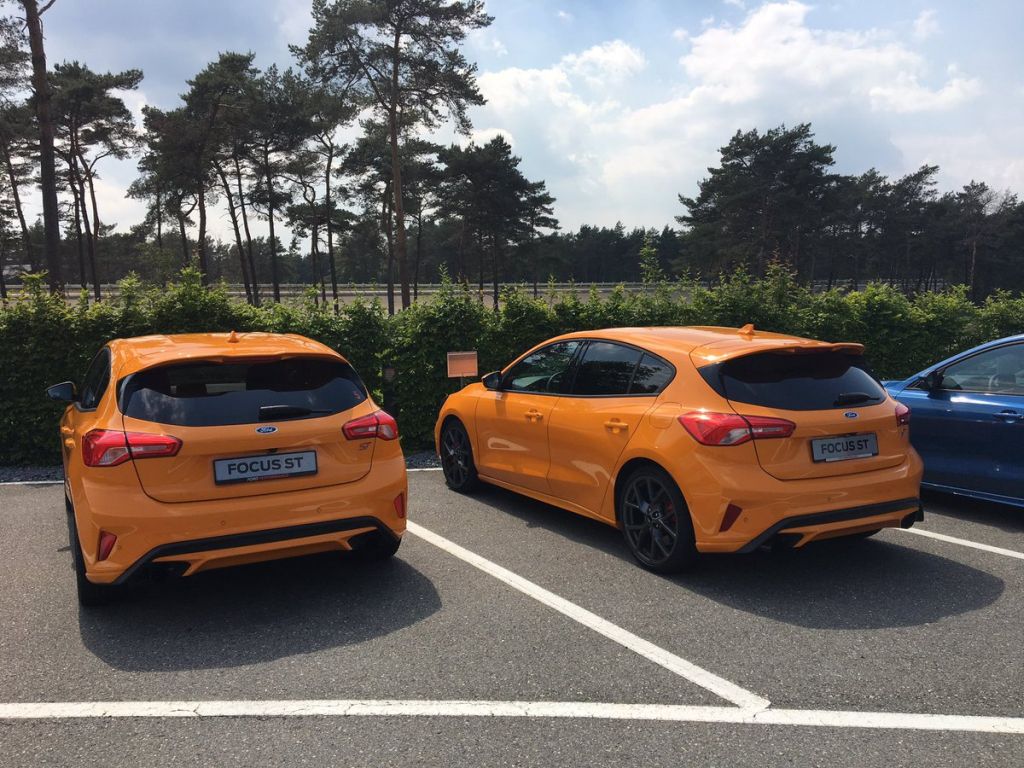