On only its second competitive outing of the season, the Kent-based squad delivered a commanding performance throughout the weekend, with Jackson piloting the #4 mountune-powered Ford Focus ST to second, third and ninth place finishes.

Jackson staked his claim on challenging for podiums early on. Topping the time sheets during Saturday’s early free practice sessions, the 34 year-old looked set to secure his first-ever Motorbase pole after leading qualifying for the majority of the session before a last minute of added time saw the #4 Focus ST pipped into P3 in the closing seconds. 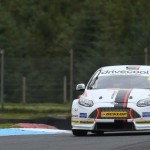 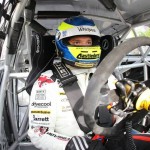 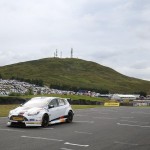 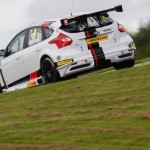 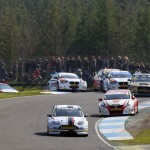 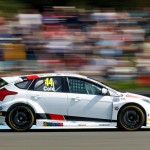 Starting in the midst of a BMW 1-2-4 for Sunday’s opening race, Jackson made his trademark charge off the line moving past Tordoff to take second before setting his sights on race leader Priaulx. Passing the #111 BMW as the pair headed into the hairpin, Jackson settled into the race lead and had built up an impressive 2.7 gap by lap 6. Unfortunately a safety car deployment allowed the field to close in on the #4 Focus and despite an outstanding defensive drive; Jackson eventually had to relinquish the lead – crossing the line in P2 to claim his first podium of the season.

Having set the fastest lap during the opening race, Jackson started race 2 in pole position. However, with 66kg of ballast on-board, the #4 Focus came under immediate pressure from a charging Shedden. Jackson managed to hold off the lighter Honda for five closely fought laps before eventually dropping back into second place. Fighting off Austin’s Audi, Jackson managed to hold his position right up until lap 25 before a late move from Collard saw the Focus drop back into third place, rewarding Jackson with his second podium visit of the day. 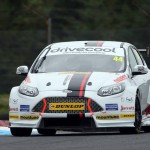 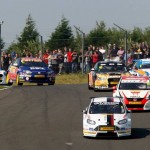 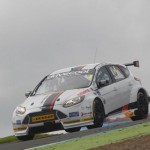 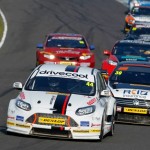 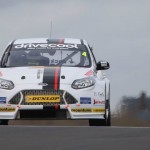 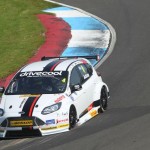 With the reversed grid draw placing #4 Focus in P8 for race 3, Jackson had a tough task ahead of him with 57kg on-board. Chasing Jordan for the opening laps, Jackson continued his fine form into the weekend’s final race with another display of his first-rate race-craft as he fought off challenges from Collard, Shedden and Newsham throughout the frenetic race, ultimately securing a ninth place finish and his third point scoring finish of the weekend.

The weekend proved tough for Jackson’s team-mate James Cole, with the 27 year-old struggling to get to grips with his new drive on the challenging Knockhill circuit. Despite showing encouraging pace during the weekend, Cole finished just outside the points scoring positions with a best-placed finish of P17. Motorbase Performance Team Manager Oly Collins:
“This weekend has been great for Mat; he’s been on top form since we arrived. The guys have the car working well and we’re getting the race results to back up everyone’s hard work. Missing out on pole so late on Saturday was disappointing but Mat put that behind him today to deliver on track and it’s nice to be back on the podium so quickly into our return.

“James has had a frustrating weekend unfortunately with some handling issues but I feel sure we’ll have him up at the sharp end at Rockingham and he can put this weekend behind him. The whole team have been outstanding as usual and the reliability of our car and engine has shown that once again.” 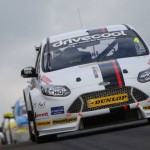 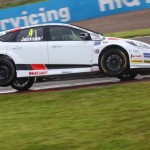 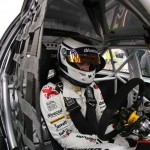 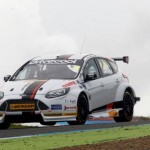 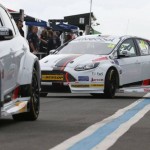 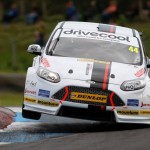 #4 Mat Jackson:
“To come away from this weekend with two podiums is fantastic and a great result for the team. It was frustrating to have lost out on pole in qualifying but I think we’ve shown that we can mix it at the front now and that we’re on the pace.

“It’s been such a big learning curve for us and after being out of it for six months we’re really pleased. We need to sit down and look at the data ahead of Rockingham and see where we can improve. We’ve made a big step forward this weekend from Snetterton and hopefully we can do it again.”

#44 James Cole:
“Knockhill is very much about confidence and I knew coming into the weekend that we’d improved from Snetterton but I didn’t think it would really show my personal potential. You have to very confident here and know your car very well and I’m still learning the Focus.”

The Dunlop MSA British Touring Car Championship now has a two week break before heading to Rockingham, Corby for rounds 22, 23 and 24 on September 5/6.