The Ford Focus, which is the world’s best-selling car, is about to get a whole lot better. Three years after the third-generation Focus was launched, Ford is preparing to give it a significant restyle inside and out, plus some wholesale changes under the skin.

The newcomer is expected to be revealed in the first quarter of this year, with a public debut at the Geneva Motor Show in March. The third-generation Focus – born under the One Ford umbrella – has been a worldwide showroom sensation, selling 1.02 million in 2012. That took it to the top of the global charts, pipping the Toyota Corolla, and at the time of going to press it was on course to have shifted even more in 2013.

Our exclusive image shows how the updated model could look. Gone is the current car’s slim upper grille and three lower intakes, in favour of a much wider single-piece grille. This brings it into line with other Ford big-sellers such as the Fiesta, new Mondeo and Kuga. 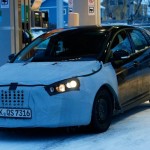 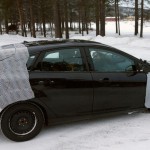 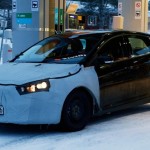 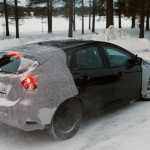 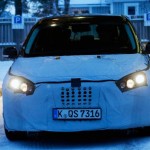 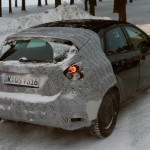 And judging by the camouflage on the prototype in our latest spy shots, the changes will extend to a reshaped bonnet and front wings, plus a reprofiled rear bumper. Our interior spy shot shows the updated dashboard design, too. The mass of buttons on the outgoing model – said to be inspired by a mobile phone’s keypad – is replaced with a more conventional but less cluttered layout, while the climate controls have been updated, too.

Ford is also taking the chance to further differentiate the range-topping Focus ST from the rest of the line-up.

According to an inside source, the plan is to pump up the bodywork for a more aggressive look, plus tweak the suspension and steering to sharpen the handling. The 247bhp 2.0 EcoBoost engine will be carried over unchanged, though. Engines for the rest of the range will be continued from the outgoing model, too.

That means a 1.0-litre petrol EcoBoost, with either 98bhp or 123bhp, and a choice of 1.6 and 2.0 TDCI motors producing between 94bhp and 161bhp, with emissions as low as 88g/km in the ECOnetic model. New options will include a 1.5-litre diesel and 1.5-litre EcoBoost petrol designed to meet regulations in emerging markets such as China, Brazil and Russia.

A plug-in Focus is also on the cards, using technology pioneered in the C-MAX Energi. Combining a 2.0-litre petrol engine and electric motor, the C-MAX produces a total of 192bhp and a 20-mile electric range.

The all-electric Focus will continue to be offered despite slow sales. Pricing isn’t expected to vary too much from the current line-up’s, so the range should kick off at around £14,000 and rise to £22,000 for the ST.