We also have fresh spy shots of a regular Focus riding on glorious steel wheels.
The Ford Focus was phased out in North America a few years ago, but the rest of the world received a fourth generation that is still going (relatively) strong in an otherwise SUV-hungry market. The Mk4 came out a little over four years ago, and it’s almost time for the Blue Oval to give its compact car lineup the proverbial nip and tuck. 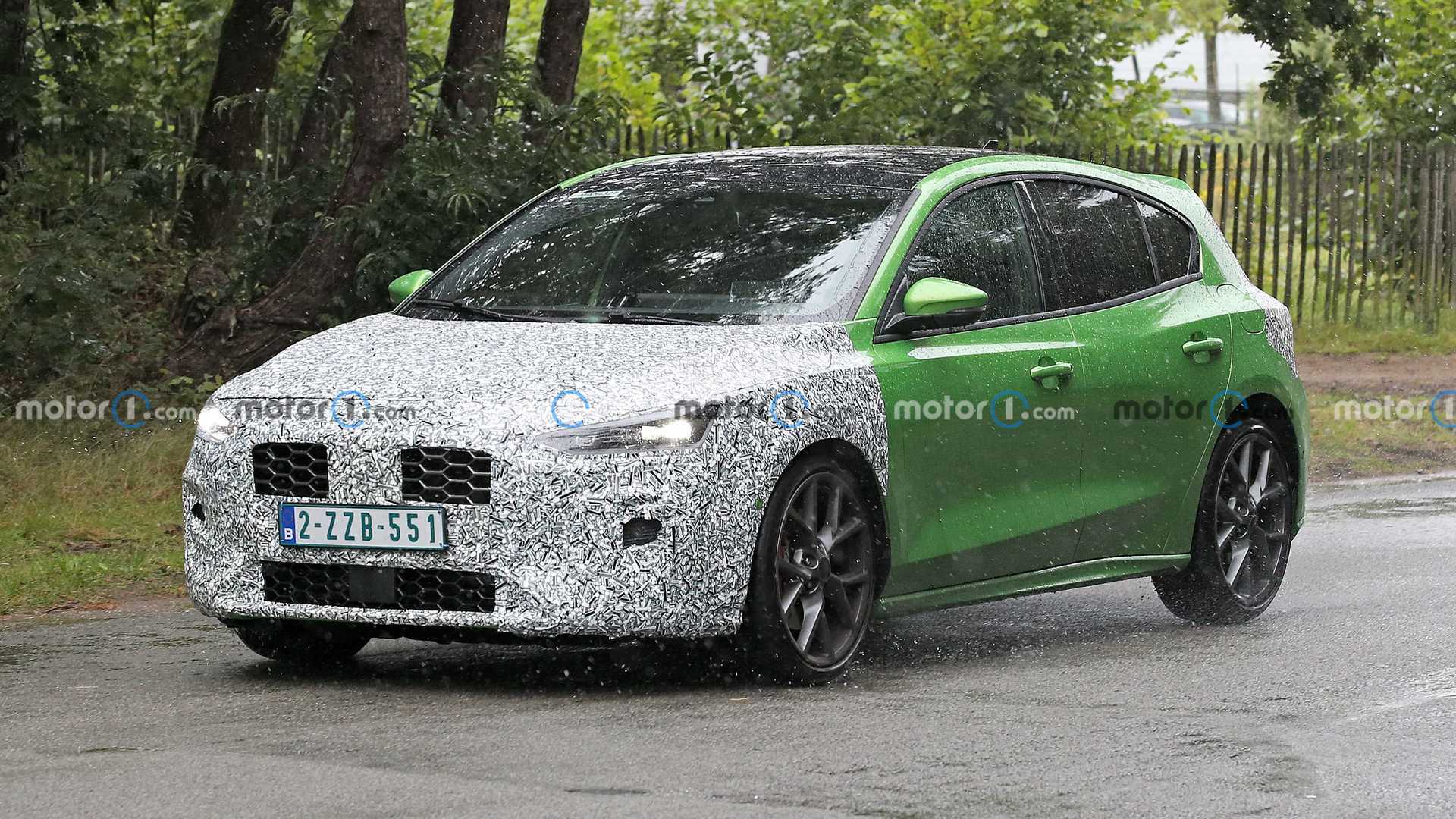 While a new RS has been ruled out due to increasingly stringent emissions regulations in Europe, we can take comfort from knowing the ST will soldier on for the next few years. As evidenced in a fresh set of spy shots depicting a thinly covered prototype, it would appear the facelifted version will be getting a bright green paint. If the shade looks familiar, it’s because the Focus RS Mk2 was offered in a similar hue, dubbed Ultimate Green.

It’ll be interesting to see whether the new finish will be a permanent color or it’s going to be reserved for a limited-run special edition. Speaking of which, Ford UK just launched a Focus ST Edition with an assortment of mechanical upgrades, but without a lift in power for the 2.3-liter EcoBoost, which still makes 280 hp (209 kW) and 420 Nm (310 lb-ft). Those in need of more oomph can contact Ford specialist tuners such as Mountune, which can take the four-pot to as much as 360 hp and 560 Nm (413 lb-ft).

Aside from the eye-grabbing paint, the Focus ST appears to be hiding mildly updated headlights with new U-shaped LED daytime running lights. The clusters seem narrower than before, although the camouflage could be playing tricks on us. At the back, the taillights have the same shape, but with mildly updated graphics. 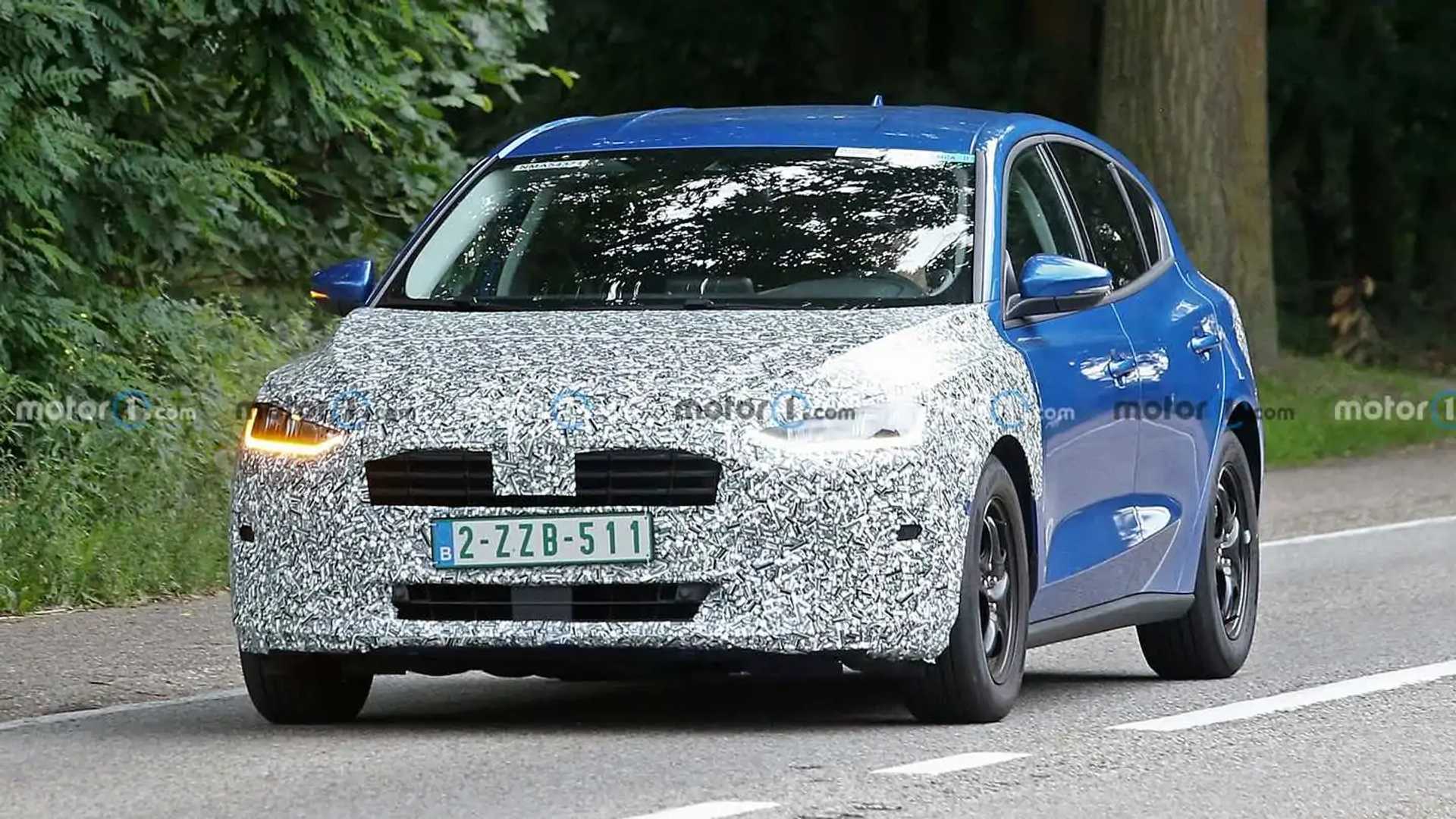 Our spies have also sent us new photos of a normal Focus, riding on small steel wheels lacking hubcaps. It has camo in the exact same areas as the ST while partially revealing the new front grille design with interrupted horizontal slats rather than continuous lines as it’s the case with the current non-ST Focus. The sole exhaust tip further illustrates it’s not the hot version, as does the less daring roof-mounted spoiler. 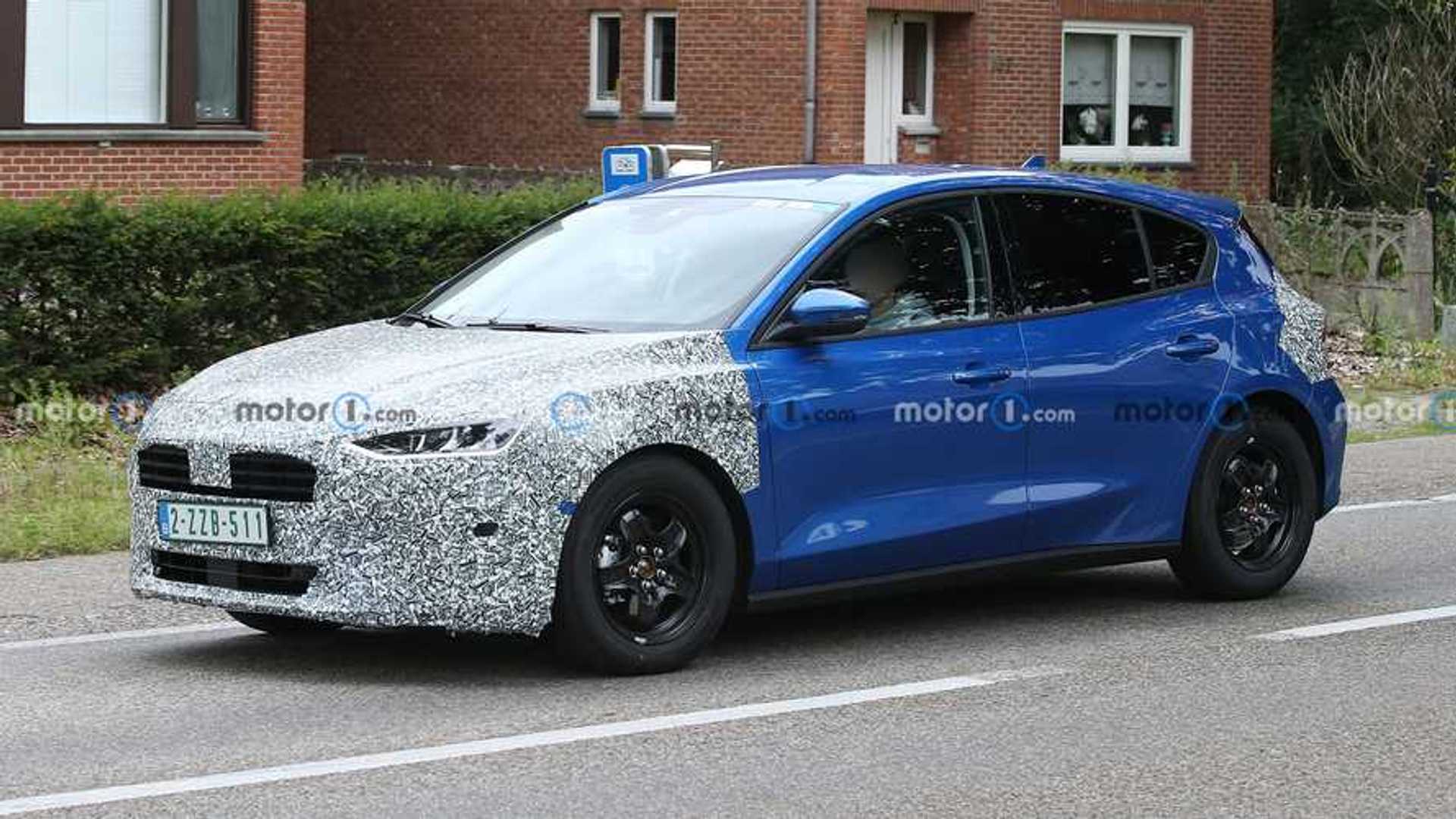 The facelift should cover all versions of the Focus, meaning the hatchback, sedan, and wagon body styles are due for a mid-cycle refresh, along with the rugged Active versions and the diesel-fueled ST hatch/wagon duo. We wouldn’t hold our breath for the Focus’ return in the US where the Maverick compact pickup truck is now considered as its indirect replacement.