Sweden’s Johan Kristoffersson took a heroic victory at Team Verksted World RX of Norway, round six of the FIA World Rallycross Championship presented by Monster Energy – his win made even more impressive considering the PSRX Volkswagen Sweden racer was driving with a badly injured right foot. Kristoffersson’s second victory of the year has extended the Swede’s lead in the overall driver standings – he is now eight points ahead of Mattias Ekstrom [EKS] who finished fourth this weekend. 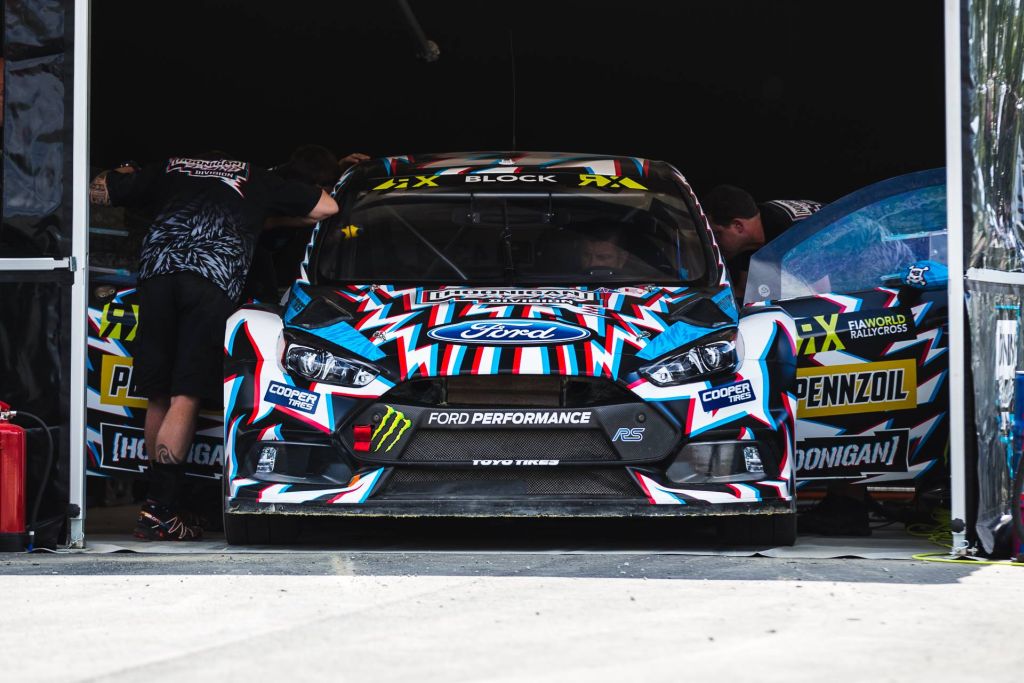 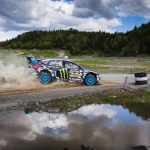 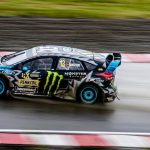 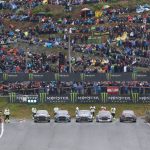 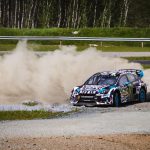 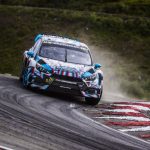 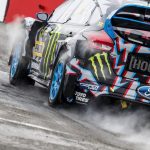 Quote Bakkerud:
Yes!! 2nd place here at #HellRX, another hard fought FIA World Rallycross Championship podium finish. Stoked about this, especially since it’s here at my home race here in Norway! It was not easy, the Hoonigan Racing team and I worked very hard all weekend to get a good setup (especially having strong launches) with track conditions changing every day. I’m thankful to have such a good team out here supporting me, I couldn’t have done it without them. 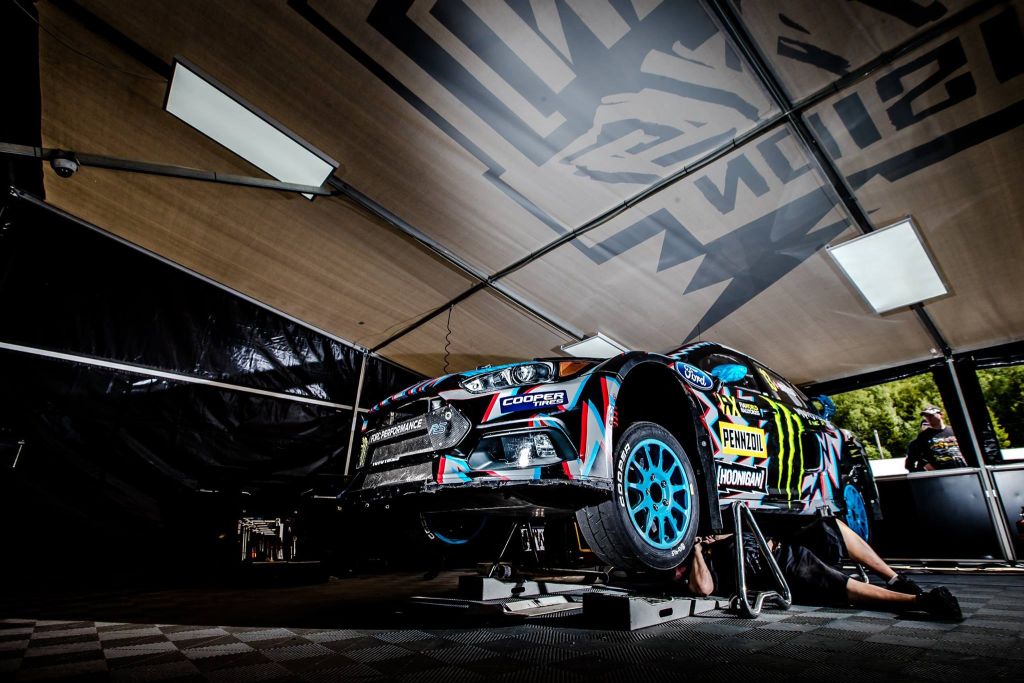 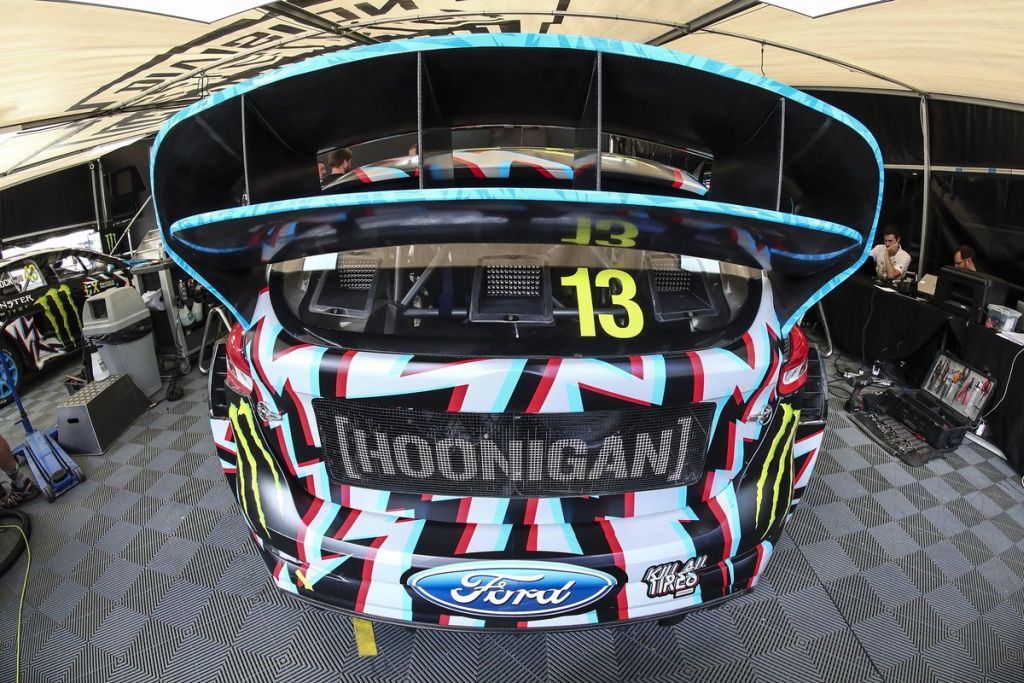 In the FIA European Rallycross Championship presented by Monster Energy, (Euro RX), where Norway marked the second of five rounds, it was former World RX driver Robin Larsson who took the chequered flag first. Anton Marklund and Alexander Hvaal were second and third respectively. Hungary’s Tamas Pal Kiss crossed the line in second place but was demoted to fifth after incurring a five second penalty for causing a collision and impeding another driver [Marklund] in the final. Marklund tops the Euro RX leaderboard – 12 points ahead of Larsson.

“I have to thank my team and car – this is another really good result for us,” enthused event winner Kristoffersson, visibly in pain when he stepped out of the car following today’s final. The Swede took up the story: “In pre-grid on Friday, there was an unfortunate accident as my right foot got caught underneath Sebastien’s [Loeb] car. It needed to be reversed to get my foot back out which was really painful but nobody’s fault, just one of those things that happened. As there wasn’t much time between the semi-final and final, that is when it was really bad but painkillers helped and I will go to the hospital tomorrow morning to get it properly looked at.” 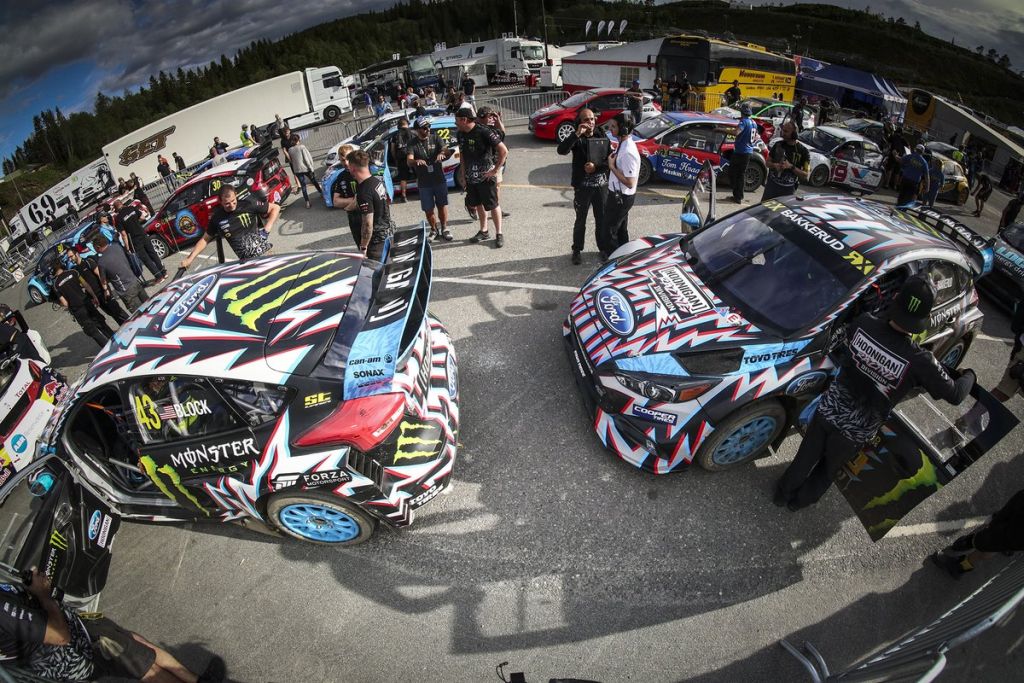 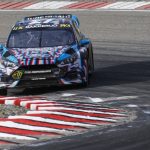 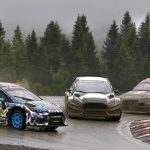 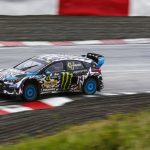 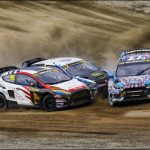 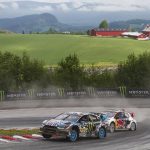 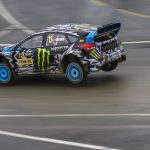 When asked about his driving performance, Kristoffersson remarked: “In the dry, we were very quick this weekend. We tested here recently and we had a good idea about the set-up but it started to rain during practice and I couldn’t get the launches right. Today felt much better but then I had a puncture in Q4. In the final, I had the best launch all weekend and managed to get ahead of Andreas so I tried to close him off. From there, the car was working perfectly and I felt I was really flying so I’m very happy. I’m driving in the STCC next week and after that it’s Holjes – my home event hasn’t gone so well for me in the past but we’ll see how this year goes.”

Second-placed Bakkerud had the fastest reaction off the line in today’s final and was awarded the Monster Energy Super Charge Award. The Norwegian led for the first lap but Kristoffersson took charge after Bakkerud opted for a lap two joker lap. Bakkerud explained: “Johan was quicker than me in the final – I took my Joker on the second lap but went wide in the first corner so I lost some crucial time and Johan got out ahead. All credit to Johan as he won fair and square. I have to admit that it’s my home event and we always want to do well here – as a Norwegian, you don’t want to have a Swedish flag on the top but a podium is always a great result. Generally, I am really happy with the car – I could have had a better launch and given more of a fight but we have to be happy with P2.” 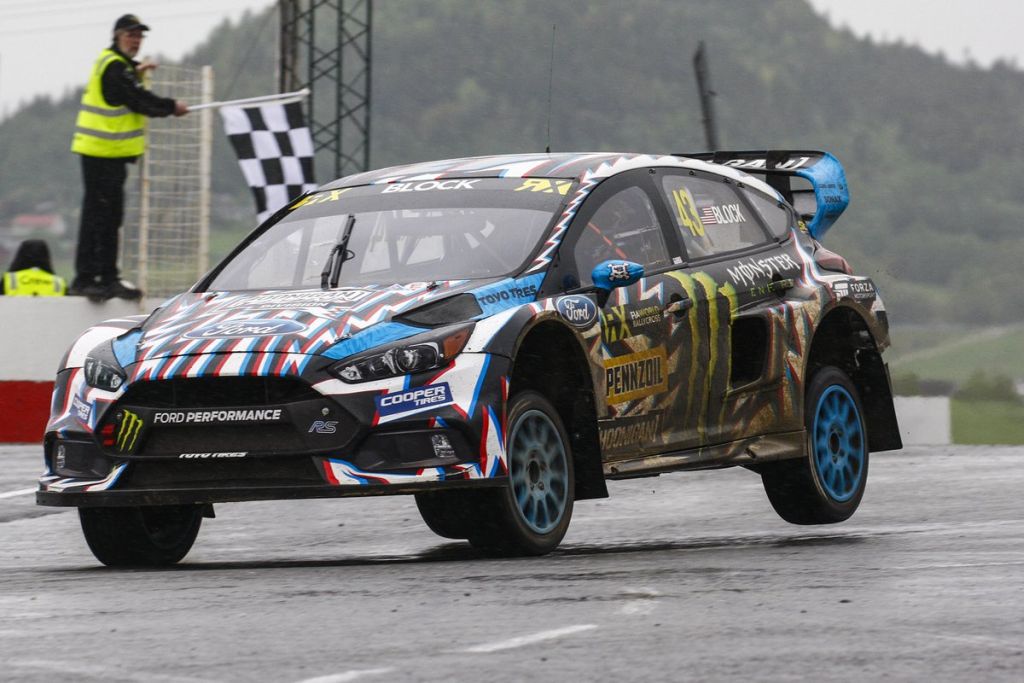 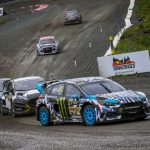 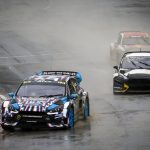 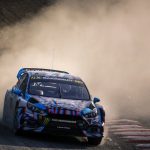 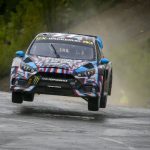 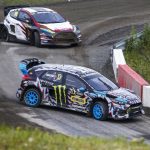 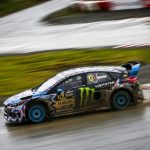 Third-placed Loeb added: “We didn’t have the speed of the top two today [Kristoffersson and Bakkerud] this weekend so I am very satisfied with P3. We had engine trouble in practice so we had to change the engine and then we were fifth overall going into the semi-finals. I had a very good start in my semi-final so I tried my best to push and finished second which put me on the second row of the final. I had an excellent launch in the final – better than [Mattias] Ekstrom and I managed to close the door on him at the end of the straight. I had a very good run but couldn’t quite reach the pace of the top two. We need to improve the agility of the car which is something we are working on.” 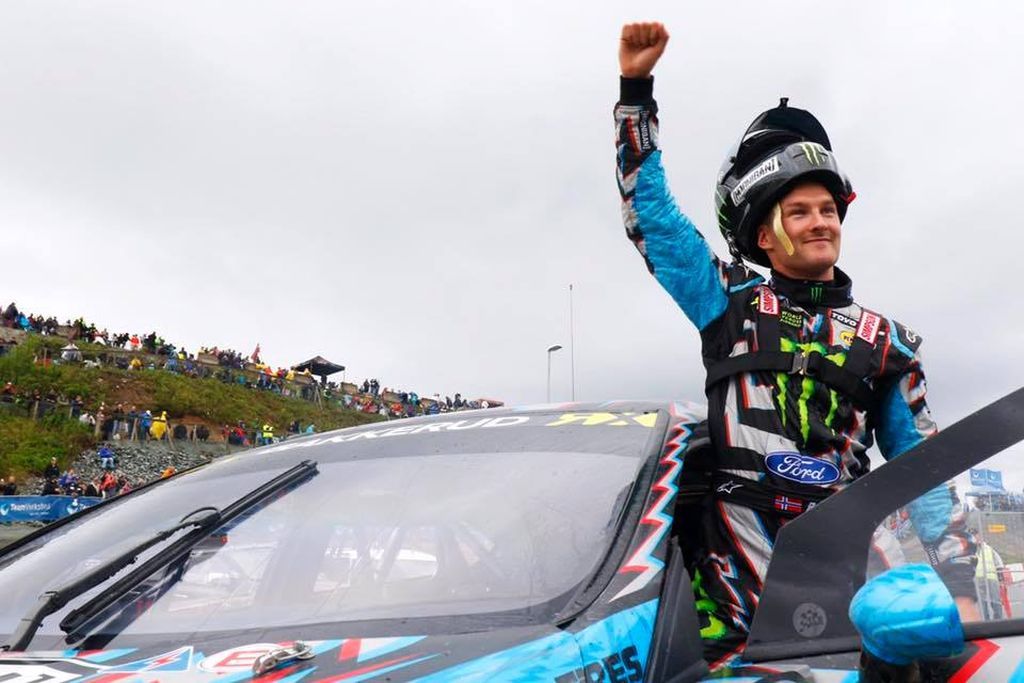 Sweden’s Timmy Hansen made today’s final despite qualifying only 12th at the Intermediate stage in his Peugeot 208 WRX Supercar following an incident in Q3. Hansen made a remarkable comeback in Q4 to qualify on the back row of the semi-final and went on to finish fifth overall for Team Peugeot-Hansen. Sixth place was taken by STARD’s Timur Timerzyanov – the best result for the Russian so far this year in his Ford Fiesta RXS Supercar.

Elsewhere, Hoonigan Racing Division’s Ken Block was eighth after a solid weekend in the Ford Focus RS RX Supercar – one spot ahead of Kevin Hansen who finished ninth after graduating from High School last week. Rounding out the top ten was Latvia’s Reinis Nitiss [EKS]. 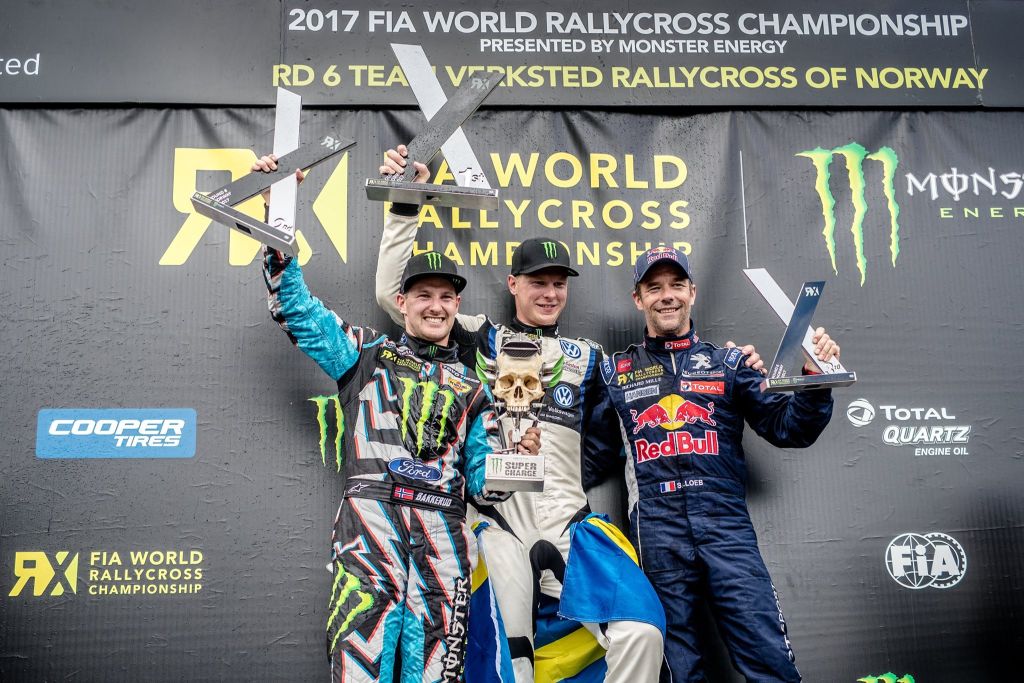 In the third round of the highly-competitive RX2 International Series presented by Cooper Tires, it was Frenchman Cyril Raymond who took his third win in a row. America’s Tanner Whitten was second, while Britain’s Dan Rooke – who celebrated his 20th birthday last week – rounded out the top three. Raymond leads Rooke in the overall RX2 driver standings by eight points.

In the FIA European Rallycross Championship for TouringCar, where Norway marked the penultimate round, it was Lars-Oivind Enerberg who took the win and extended his lead at the top of the standings. Philip Gehrman and Fredrik Magnussen were second and third respectively.

Paul Bellamy, World RX Managing Director for IMG, concluded: “We had a record crowd of over 21,000 people this weekend in Norway which is testament to the sterling effort from the Hell RX organisers. It was also an honour to have the Mayor of Stjordal Ivar Vigdenes, with us this weekend and the support from the Norwegian crowd for home drivers Petter Solberg and Andreas Bakkerud is always spectacular; with 320 fans attending as part of the Bakkerud Blue fan club alone. Congratulations to Johan for his second win of the year – to win in World RX is certainly not easy but to do it with an injured foot is nothing short of remarkable. Well done to Andreas for taking runner-up in front of the home crowd and it’s fantastic to see Peugeot back on the podium with Sebastien Loeb.”

Next round: 30th Jun – Holjes Motorstadion 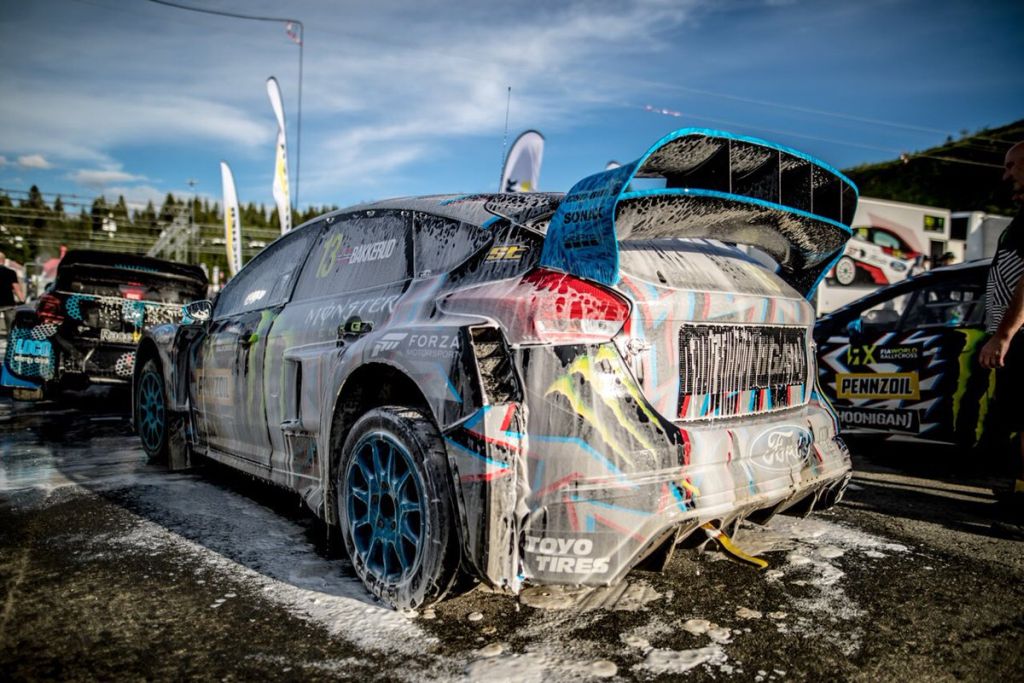