The venue might be called Hell, but we reckon his performance is much closer to heaven. Four dominant qualification wins, a semi-final win, and to round it all off; a simply untouchable performance in the six lap grand final. Hoonigan Racing Division’s Andreas Bakkerud has made World RX history.

Not only does Andreas become the first driver in the FIA World Rallycross Championship to take victory at their home event, but he also becomes the first driver to win in every race he has started over a World RX weekend. 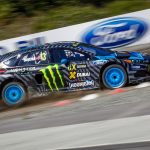 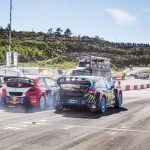 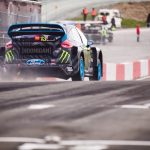 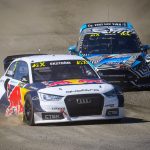 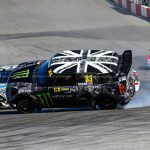 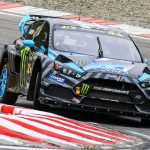 I just love this place – the circuit, the fans, everything! It’s crazy that we’ve won on my home soil. It’s only the team’s fifth event and what we have achieved together is massive,” explained an ecstatic Andreas after collecting his trophy on the podium. “I really am so pumped to be part of this great team, and I want to say a massive thank you to all our partners. We have been really on it all weekend. From Friday practice all the way through to the final. The car has been faultless .<div><br></div><div>I was pretty nervous before the final. I saw Timur’s performance in the semi – he was absolutely flying – so I was expecting a big fight. I still don’t know what the gap was at the finish, but I just went for the joker on the final lap and tried to keep it as clean as possible. A massive massive thank you again to everyone that has supported me right through from Karting to Supercars – this feels like the start of something huge.” 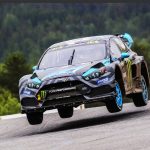 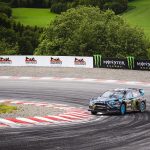 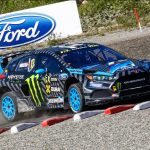 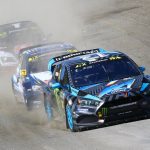 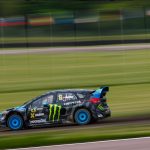 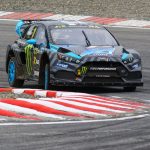 While team mate Ken Block wasn’t able to join his fellow Monster Energy and Hoonigan racer in the finals, having at least one of their Ford Performance Focus RS RX’s was more than enough compensation after three mid-pack finishes and a DNF in Q4 saw him classified 14th at the World RX of Norway.

While my weekend was frustrating, I’m super stoked for Andreas and our team right now. “Andreas has a lot of talent and the fact that he was able to put this car—which we’re still developing and have had barely any testing—at the very top of the podium amongst such fierce competition at a very challenging track, well, I’m beyond stoked for him and the team. He did an incredible job and has proven that we’re working with a very potent new racecar. Hopefully my luck turns around for the next round in Sweden and can get back on the podium too!” Reigning champion Petter Solberg had a tougher weekend than his fellow countryman, finishing fourth and just missing out on a podium position. Despite smoking up the tyres on his awesome 600bhp PSRX prepared Citroen DS3, Petter wasn’t able to nail the lap times he wanted in front of his home crowds.

“I love to come home,” said Solberg, “the fans here are some of the best in the world and it’s fantastic to fight in front of them. But, I must admit, I always struggled with this track. This has been by far the toughest weekend I have had in this championship. I want to say congratulations to my countryman Andreas. He took a well-deserved win after the perfect weekend – the first time anybody did this in World RX.

“The boys have done a great job. Obviously it was an accident that wasn’t planned. It wasn’t really anybody’s fault but it did a load of damage to the car. Luckily for us we had all the parts we needed,” said Doran. “We carry a complete car in spares but if we had damaged the chassis then it would have been a problem, but the roll cage and everything was fine. Having said that, it damaged everything else. The final roll in the crash actually looked really mild and boring, but it did a load of damage to the suspension, brakes. We’ve got all new dampers, all new brakes and while we were at it we changed the engine too. It’s a different car but the guys have done a great job. They felt massively different in warm-up and I managed to get two second places in the remaining qualification races. Thank you to the team for their massive effort – we are looking forward to Sweden now, where hopefully we will have a little more luck!”

If the action in the world championship wasn’t enough. The Norwegian round of World RX also played host to the second round of the highly competitive European RX series, in which both Finnish racer Riku Tahko and Polish ex-Dakar charger Krzysztof Hołowczyc were back in action. While Riku suffered a weekend to forget, with technical problems on his Mini relegating him to 22nd, Hołek pushed through to a solid tenth place, finishing fifth in semi-final two.

Full results for the World RX of Norway are available, here & standings

Next up the FIA World Rallycross Championship, as well as the EuroRX series, continue with round six and round three respectively at the World RX of Sweden on 1st – 3rd July.