The final round of 2014 China Touring Car Championship(CTCC) was held on November 2nd at Jiangsu Yancheng street circuit. The race was cut short as a result of a major crash. At the conclusion of the race and all the activities after the race are settled, Changan Ford Racing Team won the Manufacturer Title again and extending its winning streak to 6. 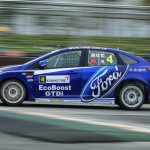 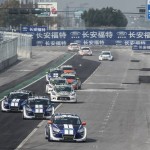 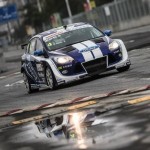 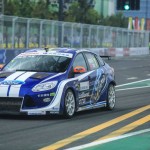 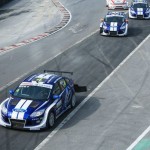 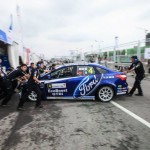 After the Beijing R6 race, the Changan Ford Racing Team lodged an appeal for the penalty applied to Rainey He. The Appeal panel issued a favourable decision to the team just two days before the Sunday race. This decision propelled the team point advantage to 21.5 which means the team needed only 5.5 points to win the Championship. Rainey He was also leading his teammate, Martin Xie by two points in the driver title chase.

The qualifying session was divided into two groups because of the length of the track. Changan Ford drivers Rainey He, Andy Yan and Martin Xie was running in the first group. Rain started to come down after just a few minutes. Wang Rui, driving a Polo, braked too late and hit the tire wall and the concrete barrier forcing the session to stop. So the three Ford drivers had to settle for a 6, 7, 8 starting grid before setting a fast time. After the start, Martin Xie immediately moved himself into 4th position. Rainey He could not manage to get a good get away and fell to 9th position after lap one. Yellow flag came out due to a collision between a Polo and a Citreon. Because of the slow-handling for the accidence, race control decided to red flag the race and restart the race after 10 minutes. After the restart, Rainey He was movingconsistently to the front and was challenging his teammate, Martin Xie. A nightmare for all teams; Rainey braked too late and hit his teammate at the last lap. Both cars finished the race but Rainey
He was penalized for the crash and costed him the title run. Martin Xie was also penalized due to single time 1.5 second 0.07 bar over-boost behind the safety car. The race was won by car 8 Polo but it was disqualified for running a 35mm restrictor. 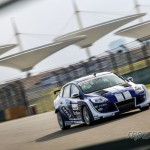 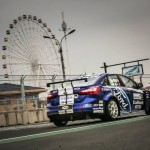 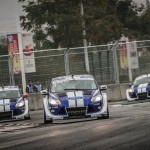 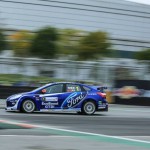 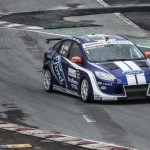 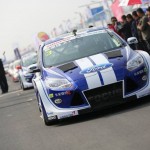 “ This is quite an achievement for the team to secure the Manufacturer title for Changan Ford and the Ford New Focus again. It has been a difficult year especially with some strong manufacturer teams joining the Championship. We have already started the planning of the 2015 package and it is our target to win again in 2015. A huge thank you to Changan Ford, its senior management and the technical team that supported us throughout the year.”