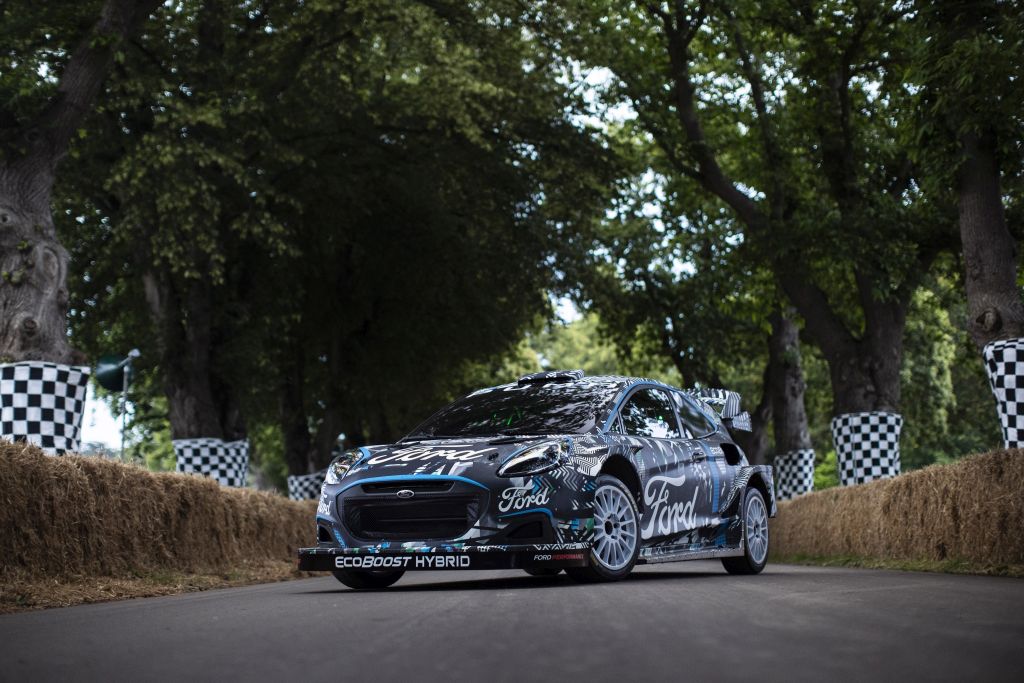 Having sampled the Puma Hybrid Rally1 car on gravel in Cumbria a few weeks ago, Breen was more than impressed and excited by the team’s latest creation and is now fully focussed on delivering the results and success that both he and the squad know is possible.

2022 will see all-new technical regulations, with the WRC moving to a new and exciting era of competition. Space frame chassis coupled with 100kw Hybrid Motors delivering additional 130hp bursts of power throughout the special stages and 100% sustainable fuel moves the sport into a more environmentally conscious direction, whilst still retaining the core DNA of the world’s most exciting off-road motorsport series.

Despite only ever having partial WRC campaigns to date, recent results have seen Breen and Nagle become the talk of the service park. A third placed finish on last weekend’s Rally Finland has meant the Irishman has achieved four podiums in his last seven events, and he currently lies 6th in the drivers’ championship despite only competing in half of the season’s events! 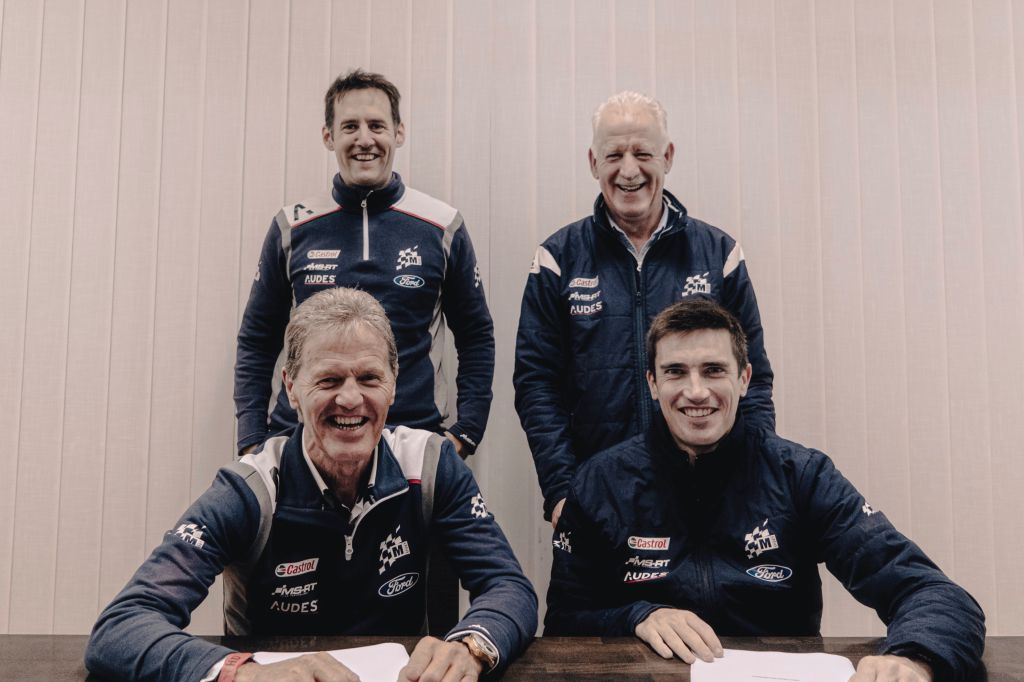 Breen and Nagle have long been in the sights of M-Sport Managing Director, Malcolm Wilson. Having won the 2011 FIA WRC Academy in an M-Sport-built Fiesta R2, this championship title would deliver Breen a career-transforming prize package allowing him to step up to the wheel of a Ford Fiesta S2000. The following season Breen would win four
S-WRC events seeing him take another outright championship title.

Thanks to M-Sport’s ‘Ladder of Opportunity,’ Breen was then able to kick-start his career at the top level, competing up until now partial season programmes with a number of other WRC teams, but in 2022 he will return to where it all began, with the 2017 Manufacturers and Drivers’, and 2018 Drivers’ WRC Champions. 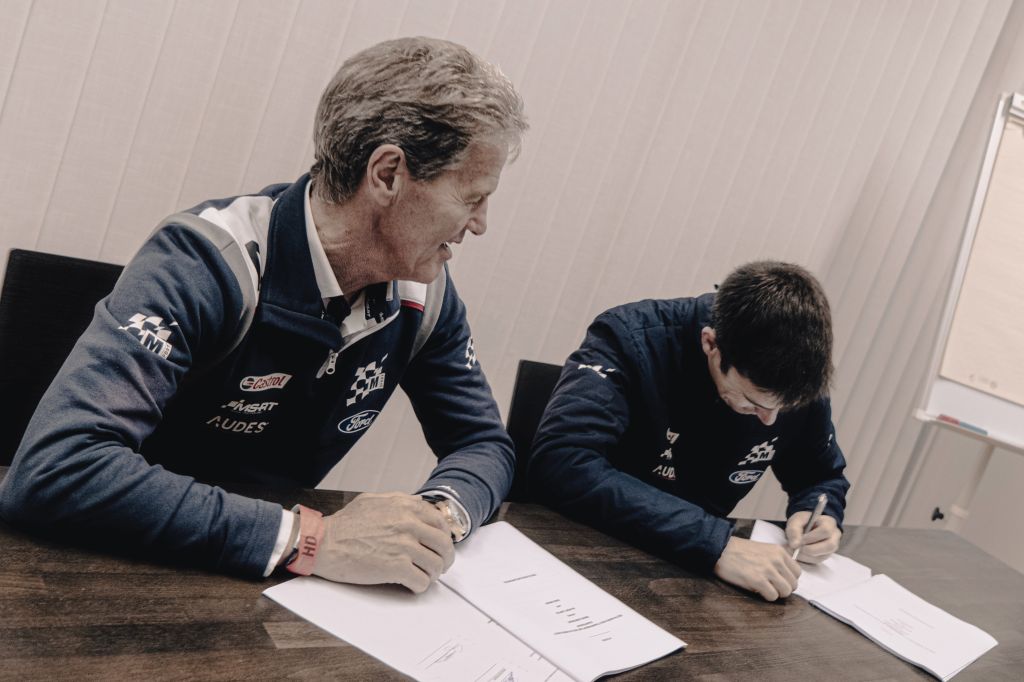 M-Sport and Breen now have the chance to add to Breen’s impressive recent statistics, and are more determined than ever to help him succeed in what looks to be one of the most exciting seasons in decades.

Breen’s full-time career as an M-Sport Ford Puma Rally1 driver will start in October with a multi-surface test in Spain, and with just over 100 days before the team lines up for the start of the iconic Monte-Carlo Rally, the team cannot wait to start this new chapter and bring success to him, the team and his global fan base. News of other crews in M-Sport’s driving team will be announced in due course. 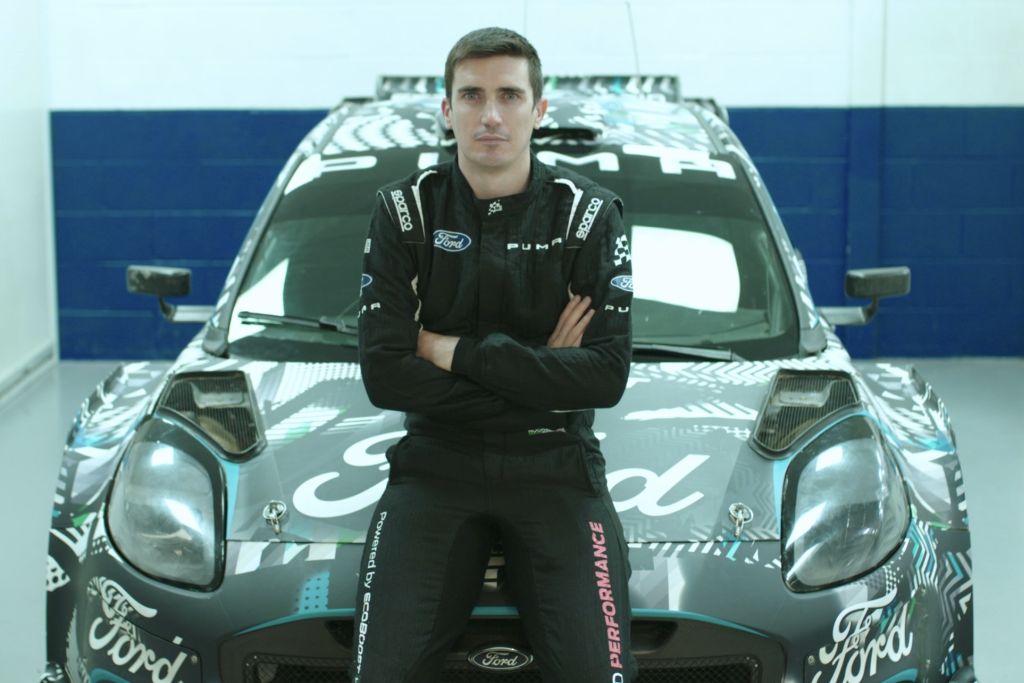 “I have known and followed Craig’s progress for over ten years now, his father was a great customer of M-Sport and I have watched Craig develop in a number of different M-Sport cars, using our ladder of opportunity to get him to where he is today. His performances this season have not gone unnoticed, delivering fantastic consistent results whilst only having a partial WRC programme.

We started discussions about the possibility of joining forces a number of months ago and I am very excited to be able to now officially announce that he will lead the team for the next two seasons. We have a fantastic car in the Puma and I have no doubt that Craig and the Puma will deliver success for the team in the coming seasons. I also know how important rallying is to the Irish fans, and these fans have always supported M-Sport, so I cannot wait to see everything come together with the release of this news.” 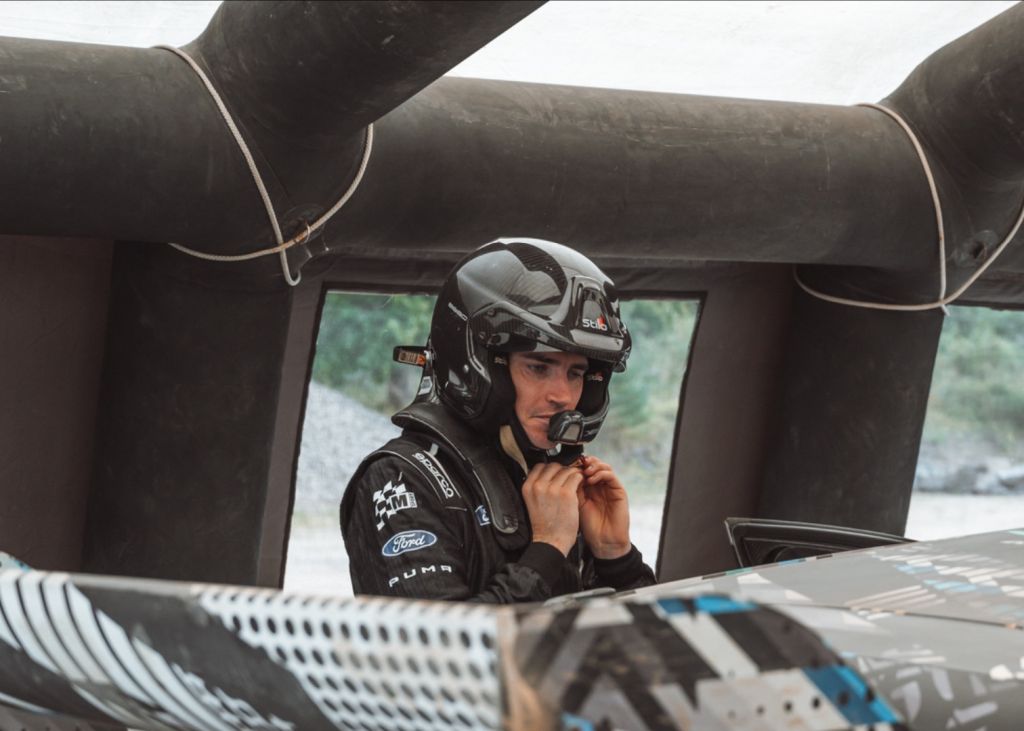 “I have known Craig since his first ever rally in an M-Sport car and got to know him more and more when he was competing in the ST championship and I was championship co-ordinator. We often joke about how we have both progressed our careers and where we find ourselves now, but it will be a pleasure and an honour to link up with him again to see what we can achieve at the highest level of the sport, for the next two seasons, in the most exciting era for WRC in a long time.

I am very confident Craig and Paul can deliver the very best results for the team and I cannot wait to see them lining up for the start of the Monte Carlo Rally in only a few months’ time. Our goal now is to get both the lads comfortable in the team and give them all they need to help deliver the results with the new Puma. I cannot wait to get started, it is genuinely a really exciting time for not only me personally, but everyone involved in this adventure.” 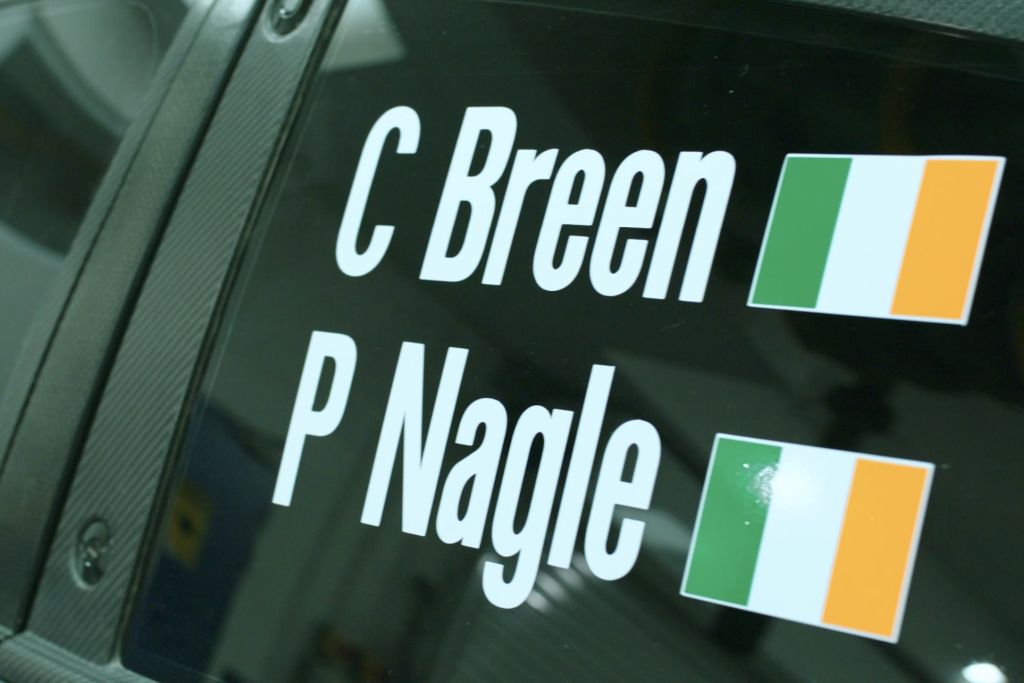 “Ford has always been very close to my heart as my career started in the Ford Fiesta R2 winning the Junior World Rally Championship, before winning the S2000 World Rally Championship in a Ford Fiesta S2000. I love rallying, every nuance of the sport, but especially the history. To add my name to the list of drivers that have driven for Ford is a bit surreal, drivers like Ari Vatanen, Hannu Mikkola, Colin McRae and Carlos Sainz. To have my name etched in the history books besides these greats is a huge privilege.

“Being a very proud Irish man, to drive for Ford is something even more special to me as Henry Ford’s father was born in Ireland before emigrating to America. The love and passion for the brand in Ireland is still huge to this day.

“I am humbled by the faith that Malcolm, Rich and everyone in the M-Sport team has shown in us. Now I really can’t wait to get to Casino Square, Monte Carlo for the opening round of the championship and do the blue oval proud!” 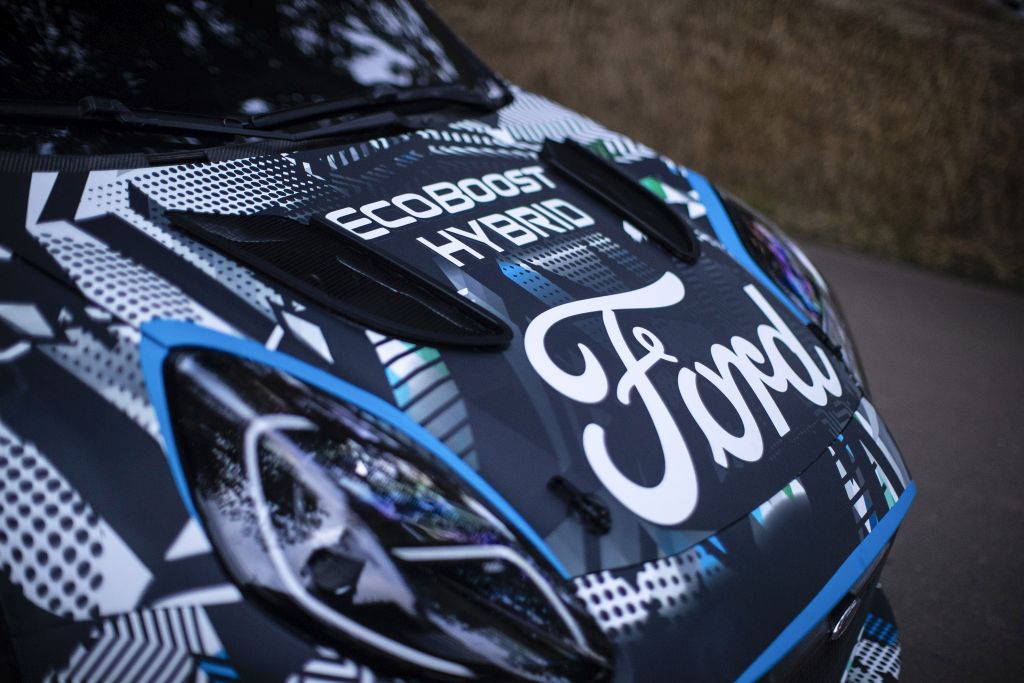 “I’m really excited to be involved with the M-Sport Ford World Rally Team as we enter the new Hybrid era of the World Rally Championship. I have worked with many teams in my time in the WRC but always wanted to join the Ford family.

“The team at M-Sport has a track record of producing some of the best rally cars and I’m sure 2022 will be no exception. Both Craig and I are hungry for victories and to fight for the World Rally Championship title, we will be giving it our very best.”