Providing some visual confirmation for long-standing rumors, our spy photographers spotted a Ford Focus RS prototype in Michigan. The hot hatchback has several readily visible performance upgrades compared to the standard Ford Focus ST, and could go on sale next year as a 2016 model.Though this Ford Focus RS test mule is based on a standard ST hatchback, it clearly packs more performance.

This prototype rides on 19 -inch wheels, instead of the 18s used by the Focus ST, and they’re wrapped in sticky Michelin Pilot Super Sport tires measuring 235/35/19. Compare that to the regular Ford Focus ST, which has 18-inch tires with Goodyear Eagle F1 tires. Behind those wheels lurk considerably enlarged front brake calipers, which our source surmises may have been sourced from Brembo, as are the optional high-performance stoppers on the Ford Mustang. 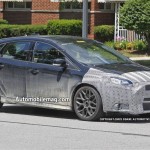 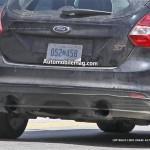 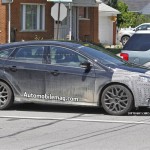 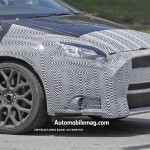 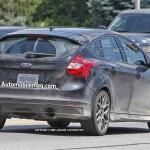 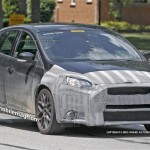 For more evidence this hacked-up ST might actually be a Ford Focus RS, look to the dual rear exhausts and redesigned front fascia. The former marks a big departure from the angular, center-exit exhaust on the current Ford Focus ST, while the latter appears to have a prominent lower opening to channel air to an intercooler. Both of those elements might signal that this car has more power under the hood.Reports suggest the Ford Focus RS will use a version of the new 2.3-liter EcoBoost turbocharged inline-four engine that’s slated for duty in the 2015 Ford Mustang. 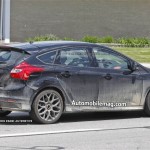 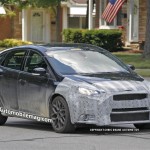 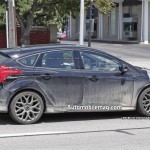 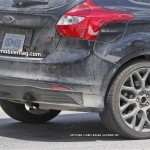 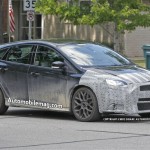 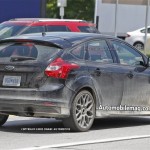 The increase in power brings worries of more torque steer for the front-wheel-drive Focus platform, leading many sources to infer the Ford Focus RS will adopt all-wheel drive. However, as Ford doesn’t currently offer any version of the Focus with all-wheel drive, adding it for the RS would be a big stretch.

If a Ford Focus RS does materialize, reports suggest a Fiesta RS will follow. The hopped-up Fiesta would reportedly produce around 230 hp, compared to the 197 hp on tap today from the car’s 1.6-liter turbocharged engine.